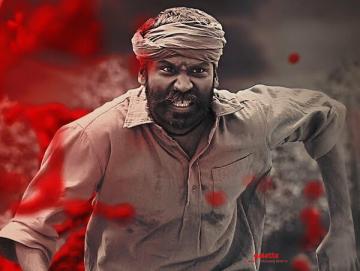 Dhanush's much-awaited Asuran will be hitting the screens this Friday (October 4th) and the bookings for the film is of the good start. Asuran marks the fourth outing for the blockbuster combo of Dhanush and Vetri Maaran and the film is bankrolled by one of the leading producers Kalaipuli S Thanu under his V Creations banner. The film has popular Malayalam actress Manju Warrier as the lady lead marking her long-awaited Tamil debut. Asuran also has Abhirami, Teejay Arunasalam, Prakash Raj, Pasupathy, Yogi Babu, Aadukalam Naren, Guru Somasundaram, Balaji Sakthivel, Subramania Siva, Thalaivasal Vijay and Ken Karunas in other important roles.

GV Prakash Kumar has scored the music for the film, and the team has already released three interesting tracks. With days left for the release, the makers have released the theme track which added power to the trailer. The theme named Blood Bath is crooned and sung by Arunraja Kamaraj. Check out the video below,