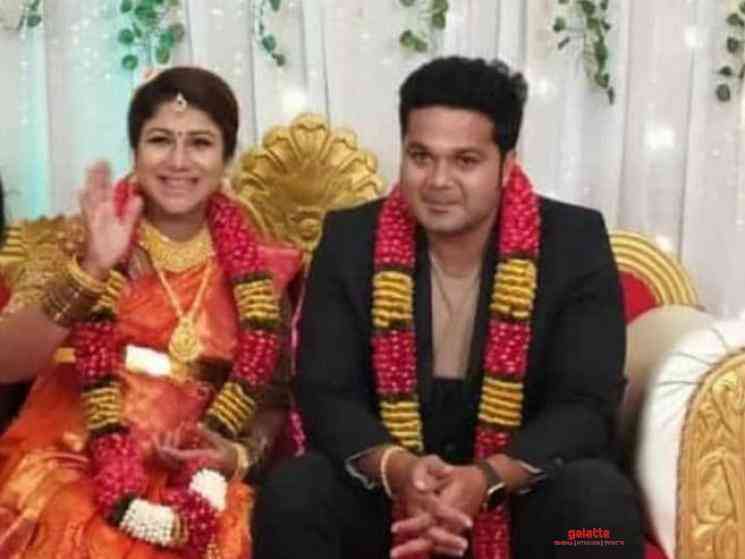 The gorgeous Alya Manasa is a trained dancer who became a sensation among the small screen audiences with her performance in the mega-serial Raja Rani, which shot her to dizzying heights! Her pair in this serial - Sanjeev, is a cinema actor who debuted in the movie Kulir 100! He turned his attention to the small screens and received a lot of acclaim there! For long, it was rumoured that Alya and Sanjeev were dating each other and the couple put all these rumours to rest by tying the knot. Last year, Sanjeev announced that Alya was pregnant and now the couple have had a baby shower!

Photos and videos of Alya Manasa and Sanjeev's baby shower are going viral on the internet. Fans of this adorable couple have been pouring in their wishes for them. Currently, Sanjeev is working on another serial - Kaatrin Mozhi and Alya is a judge on a popular reality dance show. At the baby shower, Sanjeev was beaming with happiness and Alya had a special glow about her! Sanjeev posted a selfie video of the baby shower on his Instagram account and we have it for you, along with photos from the event.

Many small screen celebrities and co-actors of this lovely couple made it to the baby shower function and shared in their joy. The traditional ceremonies were conducted by the couple's family members and this can be seen in the video.