Pattas: Satellite rights of Dhanush's next acquired by Sun TV! 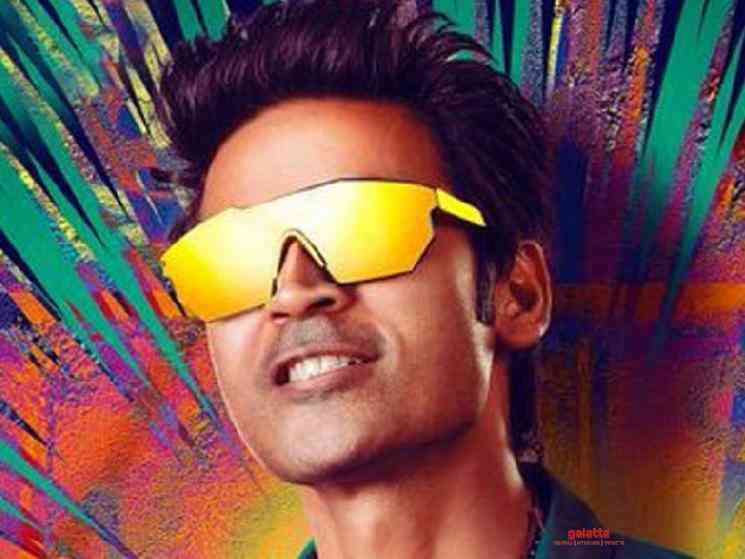 Dhanush is on a roll and is working in back-to-back movies. His last release Asuran, which marked his fourth collaboration with director Vetri Maran, turned out to become a blockbuster hit! Following this movie's success, Dhanush wrapped up the shoot for his next movie Pattas, directed by RS Durai Senthilkumar. This movie, funded by Sathya Jyothi films, is all set to hit the screens on January 16th, as a Pongal treat! Earlier, we had broken the news that the satellite rights for this movie had been acquired by Sun TV and now an official announcement on this has come out!

Sun TV has taken to their social media handle to announce officially that they have obtained the satellite rights of Dhanush's Pattas. This movie stars Dhanush in dual roles with Sneha and Mehreen Pirzada playing his lady leads. Dhanush's movies are the current hotcakes in Kollywood and Sun TV bagging the rights for Pattas goes to show it! Dhanush and RS Durai Senthilkumar have earlier collaborated for Kodi, which also had Dhanush in dual roles and saw Trisha as the lady lead. The young duo of Mervin-Solomon are scoring the music for Pattas and the 'Chill Bro' single is already a raging hit among the youth.

Meanwhile, Dhanush is working non-stop and already finished shooting for his D40, with Karthik Subbaraj. This movie, bankrolled by Y Not Studios, was shot extensively in the UK and some portions were shot in rural locations near Dindigul. Following the wrap of this movie, Dhanush visited the Lord Murugan Temple in Palani, with his wife and sons. He has already moved on to the shoot of his next movie, with director Mari Selvaraj of Pariyerum Perumal fame. This movie's producer Kalaipuli S Thanu announced the title to be Karnan, just a little while back!