Popular American YouTuber Olivia Jade Giannulli has split up again from boyfriend Jackson Guthy two years after they had earlier reconciled. Speaking to her fans in an Instagram Q&A session, Olivia, the daughter of Hollywood actress Lori Loughlin, addressed a query regarding her relationship status. When asked whether she was single, the 21-year-old social media star said, "I am indeed," and shared a photo of herself with her hands in the air. It is to be noted that Olivia and Guthy had previously split in 2019 after she became the subject of a major controversy when her parents were accused of paying $500,000 to Rick Singer and Key Worldwide Foundation to instate her as and her sister Isabella Rose Giannulli, 22, as recruits to the University of Southern California crew team, despite neither of them having participated in the sport ever. 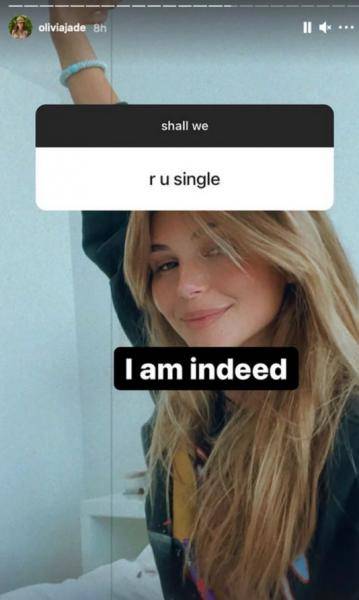 The scandal had become a big issue in US media, with Olivia Jade's parents Lori Loughlin and Mossimo Giannulli getting sentenced to jail for their roles. That said, Olivia and Guthy later in August that year posted a photo on Instagram in which the couple were seen kissing in front of a mirror and thus announcing the rekindling of their relationship. According to PEOPLE, Olivia had earlier in a Red Table Talk interview spoken about the college admissions scandal in December 2020. She said, "We had the means to do something and we completely took it and ran with it. It was something that it was wrong. It really can’t be excused. On paper, it’s bad — it’s really bad. But I think what a lot of people don’t know is my parents came from a place of just, 'I love my kids, I just want to help my kids — whatever is best for them — I worked my whole life to provide for my family.' I think they thought it was normal." Guthy, a singer-songwriter, at the time, had extended his support to Olivia and wrote on Instagram, "Very proud of you!" In the meantime, Olivia hasn't spoken or referenced Guthy in any of her social media posts since New Year's Day when she shared a video of them dancing to "Le Freak" by CHIC.