Thalapathy Vijay's Bigil is putting up a great performance at the box office and the numbers are expected to go higher in the coming days. He is right now shooting for his next, tentatively called, Thalapathy 64, which is directed by Lokesh Kanagaraj of Maanagaram and Kaithi fame. Bankrolled by XB Film Creators, this action drama's star cast includes names like Vijay Sethupathi, Antony Varghese, Shanthnu Bhagyaraj, Malavika Mohanan, Gouri Kishan, and others. The second schedule of this film is happening now at Delhi in a private college where scenes involving Vijay and other actors are being canned.

The film has got sky high expectations from the fans and general audience. This untitled film is expected to showcase Vijay in a completely new dimension in which we haven't seen him before. The film is scheduled to hit the screens on April 9, 2020, ahead of the Tamil New Year weekend. The latest rumours that surfaced on social media suggested that Vijay will be doing a quickie after wrapping Thalapathy 64 and the new film will hit the screens for Diwali 2020.

Vijay owns a fantastic box office track record when his films release for Diwali, especially the last three years (Mersal, Sarkar and Bigil), has been so good for the star actor. Having said that, this rumour of Thalapathy 65 hitting the screens for Diwali 2020 was doing the rounds on social media and we decided to check with our sources who denied it to be a false news. According to our reliable source, nothing has been finalized as of yet, about Thalapathy 65 and the fans have been requested not to believe on these speculations. 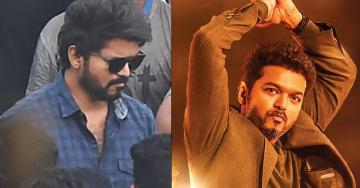