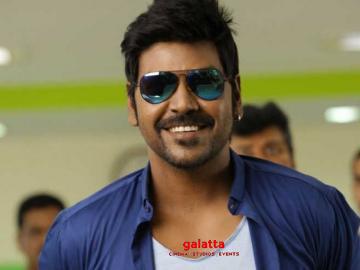 The recent Baby Sujith Wilson issue created quite a stir not just across Tamil Nadu but the whole country. Many celebrities had expressed their outrage over the incident but one person who had a different and positive opinion as always, was Raghava Lawrence. When it came to be known that the child had died inside the deep-borewell inside which he was stuck, Lawrence had expressed his condolences to the bereaved parents and at the same time, had requested them to think of adopting a kid from the thousands of homeless kids across our country. He had requested them to name the kid Sujith and bring him up as their own. Lawrence had also promised to help them with the adoption and went a step further and announced that he would take care of the child's educational expenses.

This is sure to have inspired many people and one among them is Bigg Boss Tamil Season 2 fame Kaajal Pasupathi. Today, she has put out a post seeking Raghava Lawrence's help. She mentioned that she had lost his number and had hence tweeted. In the tweet, she asked for Lawrence's help to adopt a kid. She mentioned that life is not complete without a kid and asked for his help as the adoption process is very difficult now. She mentioned that she would take care of the baby's expenses and stated that she would be grateful to Raghava Lawrence, if he could help in this regard. It is indeed a very noble gesture from both these celebrities and it would be great if this gesture comes to fruition.

Kaajal was a VJ before venturing into movies and turning an actor. She became famous after entering the Bigg Boss house as a contestant in the second season. She was earlier married to dance master Sandy, who was a finalist in the third season of the show. The couple divorced and Sandy then got remarried and now has a kid. Let's wait and see if Lawrence indeed helps Kaajal in her request!

@offl_Lawrence master. I lost ur no. I would like to adopt a kid. Life ain't complete without a kid. Adoption is not easy of late 😒 can you please help me get a kid for adoption. I will take care of the baby expenses . Would be grateful if you can help me. Thankyou master🙏 pic.twitter.com/VqTiwyLJFt

People looking for online information on Kaajal,Lesle will find this news story useful.