'Makkal Selvan' Vijay Sethupathi is perhaps the busiest actor in India as he has several films gearing up for release, while also currently attached to a number of projects in various stages of development. Among his upcoming films, the National Award-winning actor's latest appearance was in Mani Ratnam's anthology Navarasa on Netflix in which he played the lead role in the 'Ethiri' segment, while also featuring as the host on Sun TV's reality cooking show, MasterChef Tamil. Films of Vijay Sethupathi that are awaiting a release include Seenu Ramasamy's Maamanithan, late director S. P. Jananathan's Laabam, Kadaisi Vivasayi under Kaaka Muttai fame M. Manikandan's direction and his Bollywood debut, Mumbaikar, an official remake of Maanagaram directed by acclaimed cinematographer Santosh Sivan. Currently acting in the recently-launched Kamal Haasan and Fahadh Faasil-starrer Vikram under Lokesh Kanagaraj's direction, the versatile actor will also be seen in Vetri Maaran's Viduthalai, Vignesh Shivan's Kaathu Vaakula Rendu Kaadhal, Delhi Prasad Deenadayal's Tughlaq Durbar, Sun Pictures' tentatively titled VJS 46, the multilingual silent film Gandhi Talks, veteran filmmaker R. Sundarrajan's son Deepak Sundarajan’s directorial debut Annabelle Subramaniam opposite Taapsee Pannu and the Malayalam venture 19(1)(a) with Nithya Menen. With such a long list of films lined up already, Vijay Sethupathi has now been officially announced to be a part of Master producer Xavier Britto's next production venture titled Azhagiya Kanne, in which he will be seen in an extended cameo. Vijay Sethupathi turned out to be a major USP for Master, which saw him lock horns with 'Thalapathy' Vijay, with their on-screen chemistry going on to set the screens on fire and the film becoming a box office blockbuster, while reviving the Tamil film industry and the movie-watching experience on the big screen after the pandemic. Although Master was produced under the XB Film Creators banner, Xavier Britto had announced at the launch of Azhagiye Kanne that it will be coming out under his Esthell Entertainer banner and will star Leo Sivakumar and Sanchita Shetty in the lead roles. Pictures from the film's shooting spot have been released showing Vijay Sethupathi in discussion with R. Vijayakumar, a former associate of National Award-winning director Seenu Ramasamy.

Production on Azhagiya Kanne is said to have been wrapped up with the film's first look being unveiled recently by Arya and showed Leo Sivakumar, son of popular Pattimandram anchor Dindigul I. Leoni. The film also includes N.R. Raghunanthan for the music, with 'Kaviperasu' Vairamuthu, Yugabharathi and Ekadashi penning the lyrics. Kaadan fame A.R. Ashok Kumar is the cinematographer, while acclaimed editor Sreekar Prasad's former associate Sangathamizhan. E is taking care of the cuts, with 'Stunt' Silva is in charge of the action, followed by Radhika Master as the choreographer and Vijay Thennarasu for the art direction.

Check out the Azhagiye Kanne shooting spot pics below: 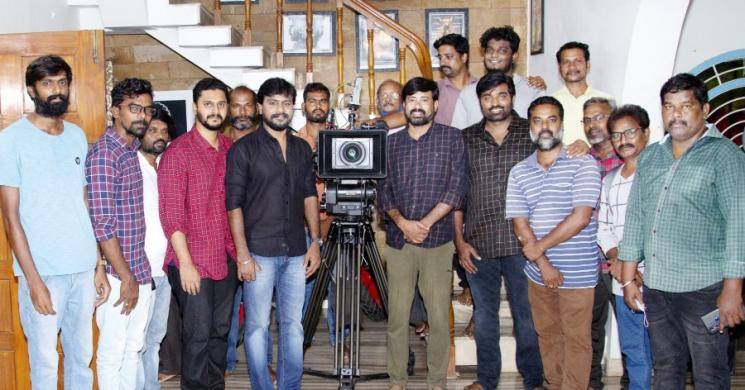 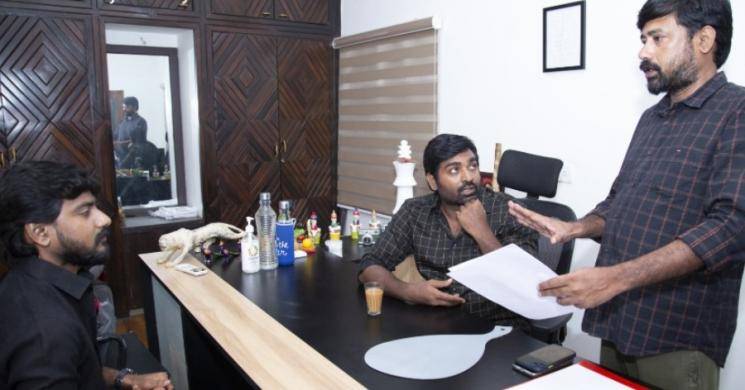 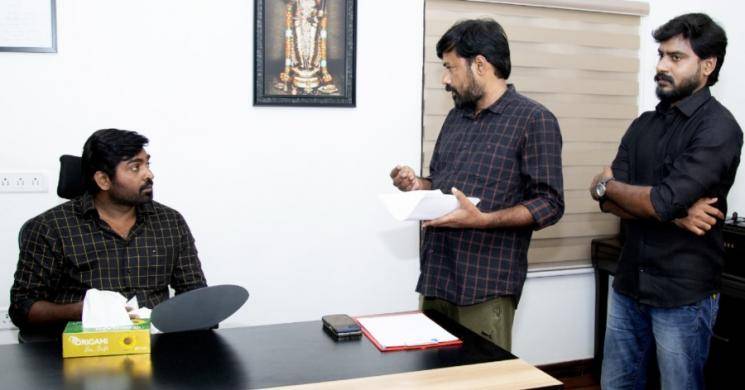 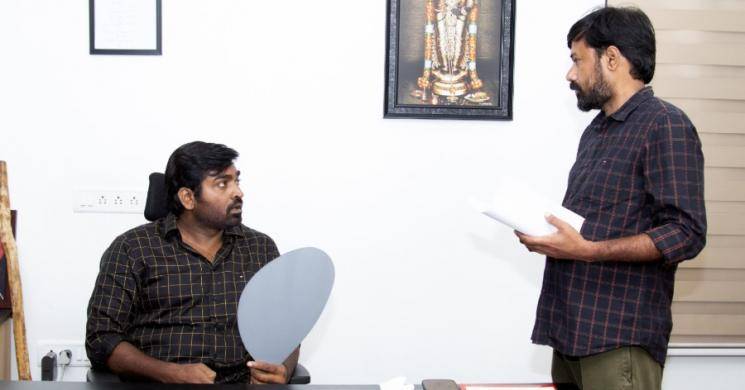