Actor Ajith Kumar's upcoming film, Valimai, which kicked off production earlier this year, is being directed by H. Vinoth under producer Boney Kapoor's Bayview Projects LLP banner. Initially announced to be a Diwali release this year, those plans have since gone out the window as the world battles the coronavirus pandemic leading to governments across the globe calling for a shutdown on all activities, which includes film production companies putting their projects on hold. 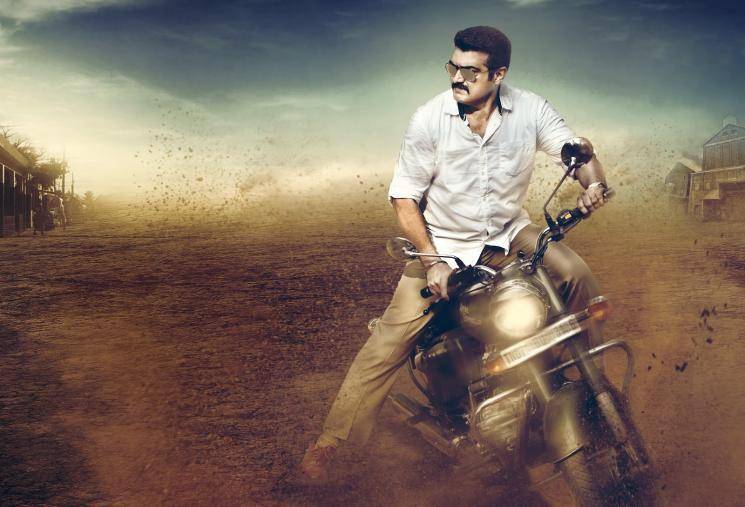 In the midst of the global crisis, producer Boney Kapoor has now released a statement on his Twitter page saying there will be no promotions or PR activity on the films being produced under the Bayview Projects banner until the COVID-19 crisis has been dealt with as this is a critical time and the decision has been taken after mutual agreement with artists and technicians associated with the projects. The statement has come at a time when many Ajith fans were expecting and hoping for an update about Valimai considering the superstar will be celebrating his birthday on Friday (May 1). Check out Boney Kapoor's statement below: 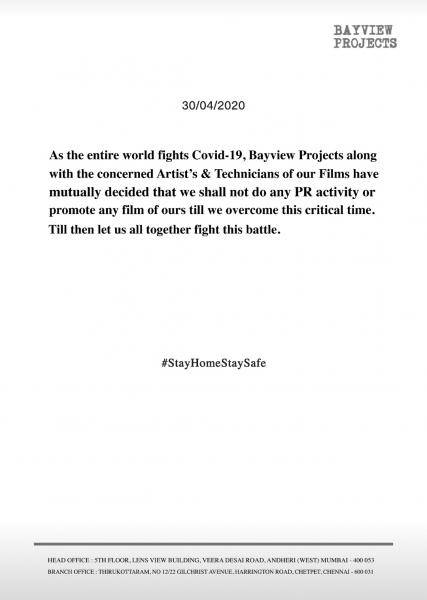 Valimai is one of the biggest and hottest films in development at present and will see 'Thala' Ajith donning the khakhi once again after Gautham Menon's 2015 film, Yennai Arindhaal. Fans have been particularly ecstatic about the upcoming action film as it also marks the second consecutive occasion after last year's blockbuster, Nerkonda Paarvai, that Ajith, director H. Vinoth and composer Yuvan Shankar Raja are reuniting. Apart from Ajith set to be seen as a police officer, fans expect Valimai to be a massive theatrical experience as H. Vinoth's previous films, Sathuranga Vettai and Theeran Adhigaaram Ondru, were lauded for their detailing and research.