Thalapathy Vijay's Bigil is all set to hit the screens for the festive occasion of Diwali 2019 and the expectations are super high. Directed by Atlee and produced by AGS Entertainment, this sports based entertainer's star cast includes names like Nayanthara, Jackie Shroff, Vivekh, Kathir, Anandaraj, Daniel Balaji, Yogi Babu, Indhuja, Reba Monica John, Varsha Bollamma, Devadarshini, and others. AR Rahman has given an impressive album and fans are now waiting for the teaser/trailer of the movie and the release date is expected to be announced tomorrow (Oct 7th).

As a surprise on Sunday, AR Rahman announced the Telugu title of Bigil and also released the Telugu First Look poster of the film. Bigil has been titled Whistle in Telugu and the First Look poster features Vijay in his two makeovers in the film similar to the Tamil First Look. Thalapathy Vijay has a strong fanbase in Tollywood as well and fans over there are filed with joy with the title announcement. 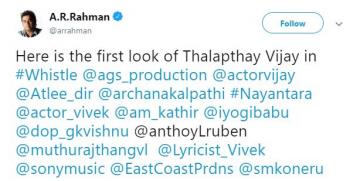 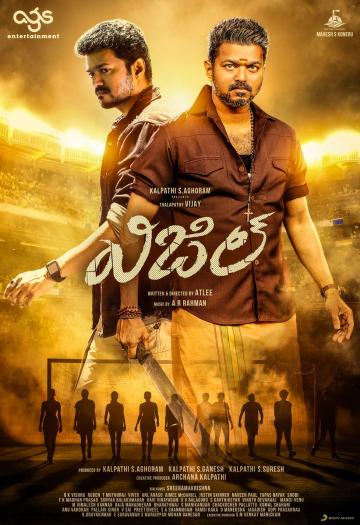 MASSIVE: Bigil teaser update from producer - check it out!