The makers of Thalapathy 64 are working on a rapid pace to complete the film on time and haven't taken longer breaks between schedules. The team had recently wrapped the close to one month Delhi schedule in which  the college sequences were canned. It has now come to our notice that the next schedule has begun today (December 3) at Chennai. Yes, we are informed by our close sources that this new schedule will last for a very short period of time, probably around a week, after which the team will move to Shimoga district in Karnataka.

Thalapathy Vijay will take part in this short Chennai schedule. The upcoming Shimoga schedule will involve Vijay, Vijay Sethupathi, Arjun Das, and other actors. Directed by Lokesh Kanagaraj and produced by XB Film Creators, Thalapathy 64 has music by Anirudh Ravichander and cinematography by Sathyan Sooryan. 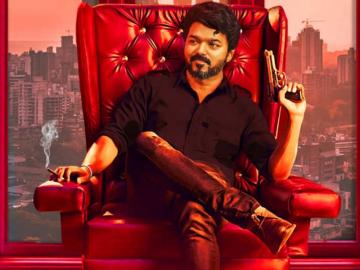 This high intense action drama is scheduled to hit the screens on April 9, 2020, ahead of the Tamil New Year weekend. Malavika Mohanan plays the female lead in this film and this film will be her Tamil debut as a lead actor (considering Petta to be an extended cameo). The television rights of Thalapathy 64 was recently acquired by Sun TV for a whopping amount.

Taapsee's cricketer biopic film title revealed - check out who it is based on!

Sivakarthikeyan's Doctor gets another hero - check out who it is!

Kalyani Priyadarshan officially announces her next after Hero - check out