Bollywood star Ajay Devgn had two big hit films in 2019, with Total Dhamaal and De De Pyaar De. Now, he has kicked off 2020 with a bang. His latest release Tanhaji: The Unsung Warrior, hit the screens on January 10th and has been doing well at the Box Office, despite receiving mixed reviews from the critics. This period action movie, based on the life of Tanaji Malusare - Chhatrapati Shivaji's military leader, stars Ajay Devgn, Saif Ali Khan and Kajol in the lead. The film is in its 4th week of run and still continues to do well in a few centers. Tanhaji has managed to collect over 237 crores gross by the end of its 3rd-week run. The makers have now confirmed the same with an official poster. 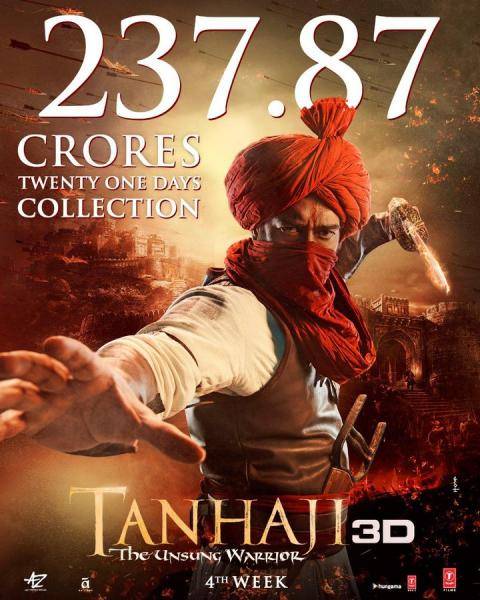