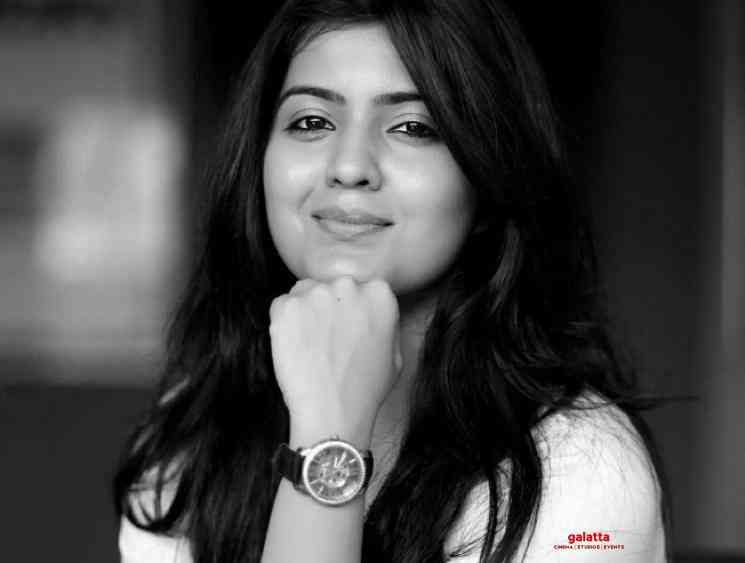 Ram Pothineni is right now shooting for his upcoming next, Red, which is directed by Tirumala Kishore of Nenu Sailaja and Chitralahari fame. This film was officially launched in the last quarter of 2019 and it got the fans excited. Touted to be the Telugu remake of Arun Vijay’s acclaimed film, Thadam (directed by Magizh Thirumeni), Red has music by Mani Sharma. The makers had officially announced that Nivetha Pethuraj and Malvika Sharma will be seen as the female leads in the film.

Following that, one more actor has now been signed as the female lead and the announcement about it was made last night, by the makers. The recent Bigil sensation Amritha Aiyer is the latest to join the cast of Red. Amritha delivered a memorable performance as Thendral in Thalapathy Vijay’s Bigil and she is now all set to share screen space with Ram Pothineni for the first time.

Details about her character are not yet revealed and we will have to wait for a few more months to know about it. Produced by Krishna Pothineni under the banner of Sri Sravanthi Movies, Red is scheduled to hit the screens on April 9 this year. Get set for an exciting action ride! 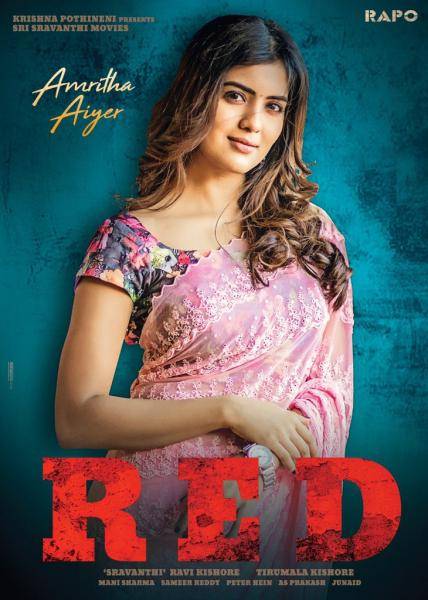