Sivakarthikeyan’s long delayed science-fiction project, SK 14, directed by Ravikumar of Indru Netru Naalai fame, was recently resumed and it made the fans super excited. This one-of-a-kind film has music scored by A.R.Rahman, who is working with Sivakarthikeyan for the very first time. Earlier this morning, it was revealed that KJR Studios have joined hands with 24 AM Studios as the co-producers to complete this film and in addition, it was told that the film’s title will be announced this evening. 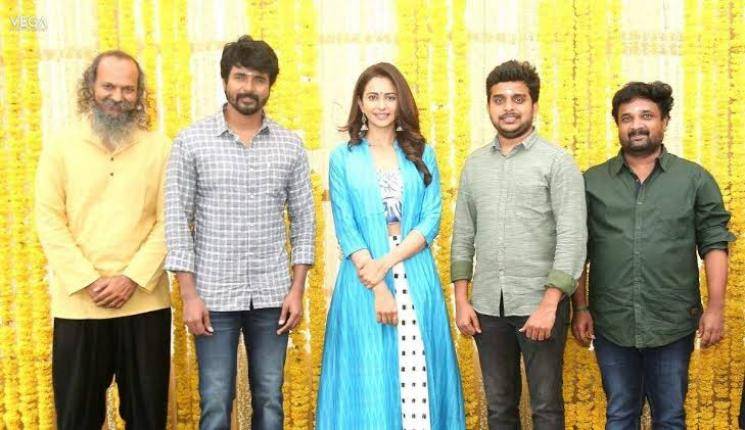 The announcement has now been made and yes, SK 14 will henceforth will be called as Ayalaan, with the tagline 'Destination Earth'. A.R.Rahman made this announcement on his official Twitter space. The title definitely holds some curiosity and it is going to be very interesting to see Sivakarthikeyan in a new dimension. This sci-fi film has an alien invasion angle, a premise that hasn’t been explored in Tamil cinema.

Ayalaan has cinematography by Nirav Shah and editing by Ruben. The film’s shooting is expected to be completed within the next few days after which the team will concentrate on the visual effects. Being a sci-fi film with aliens as part of the plotline, the film will surely have a lot of computer generated graphic images. Well, for now, the latest update is that SK 14 is titled as Ayalaan. Check out A.R.Rahman’s announcement tweet below: