Sivakarthikeyan's next release will be Hero, which is directed by P.S.Mithran of Irumbu Thirai fame. This action drama film is scheduled to hit the screens on December 20, ahead of the Christmas Holiday weekend. This film has music scored by Yuvan Shankar Raja and features Kalyani Priyadarshan as the female lead. The makers had recently released the teaser which received positive response from the audience. The teaser showed promise as a strong content driven film with a commercial treatment.

It has now been revealed by our close sources that the songs of this film will release on December 2. An official announcement on this can be expected very soon. In addition, we also hear that the film's trailer might also release on the same day of the audio release. With the film scheduled to release on Dec 20, this move looks to be right as the songs and trailer two weeks before the film's release will help with gaining the buzz. 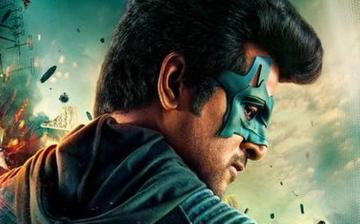 Editor Ruben who is known for his teaser and trailer cuts will make sure things are spot on with Hero. The film features Abhay Deol as the antagonist and Action King Arjun and Naachiyaar fame Ivana in the supporting cast. Hero will deal with the commercialization of education and the scams that revolve around it.

New Dance Video From Kalki Is Out! WATCH!

Suriya has a very exciting lineup of movies ahead! Deets inside...