Director Shankar will be teaming up with Telugu star hero Ram Charan for a Telugu - Tamil bilingual, tentatively titled RC 15. The fans have pinned high hopes on this project and it is expected to create a sensational opening at the box office. This film will also mark Shankar’s first outing in Telugu cinema and it is going to be exciting to see what the ace filmmaker has in store for the audience. Produced by Dil Raju under the banner of Sri Venkateswara Creations, the film has music composed by the young musical sensation, Thaman S. Meanwhile, an exciting update on RC 15 has now been revealed and it has made the fans super excited. The update is that the film will be officially launched tomorrow (September 8) morning with a formal pooja at Hyderabad.

The additional information is that director SS Rajamouli will take part in the film's launch event. If the news happens to be true, it is going to be a special treat for the fans to witness Shankar and Rajamouli together. The update has been revealed through a picture that has now gone viral among the fans. RC 15 will feature the young and hot Kiara Advani playing the female lead, marking her second outing with Ram Charan after Vinaya Vidheya Rama. Leading writer Sai Madhav Burra has penned the dialogues for this high octane action entertainer. Details regarding the rest of the cast and crew are yet to be known.

The film is expected to release towards the end of next year or early 2023, depending on the Covid-19 situation. Meanwhile, Ram Charan's next release will be RRR that has got huge expectations among the fans. Directed by Rajamouli and produced by DVV Entertainment, the film features Jr NTR as the other lead, alongside Alia Bhatt, Samuthirakani, Alison Doody, Ajay Devgn, and others. For now, check out the latest update on Ram Charan's RC 15 with director Shankar here: 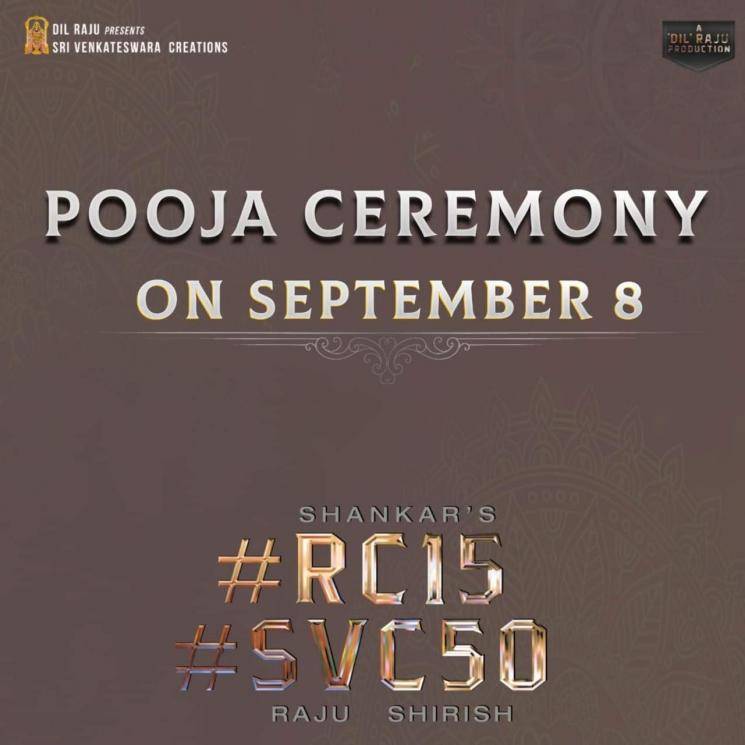