SURPRISE ANNOUNCEMENT: Nayanthara to act in Thalaivar 168 with Rajinikanth!

Superstar Rajinikanth’s Thalaivar 168 just got bigger with an addition of one more star! This rural family drama features an ensemble star cast including Khushbu Sundar, Meena, Keerthy Suresh, Prakash Raj, Soori, Sathish, Livingston, and others. The latest one to join this stellar star cast is Lady Superstar Nayanthara! Yes, Sun Pictures made the announcement this evening on their social media space and it has got the fans super excited. The film already has three leading ladies in the form of Khushbu, Meena and Keerthy Suresh, and additionally, we have Nayanthara as well now.

This has made the audience curious to know what the film is going to be about. Nayanthara recently shared screen space with Rajinikanth in Darbar and the combo will repeat once again with Thalaivar 168 as well. Interestingly, she has also worked with director Siva in Ajith’s Viswasam, in which she got a meaty role. 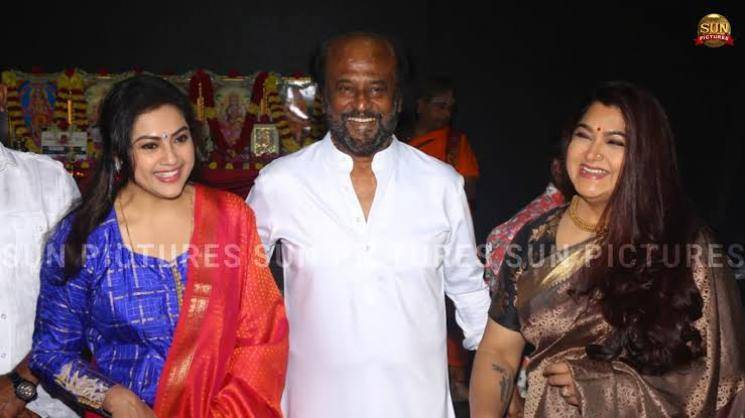 With music by D Imman and cinematography by Vetri, Thalaivar 168 is tentatively said to release for Pooja holidays. The first schedule of the film was recently wrapped at Ramoji Rao Film City in Hyderabad and the team will soon begin the second schedule. Well, the star cast of Thalaivar 168 looks huge and surprising! Isn’t it? Check out Sun Pictures’ announcement tweet below:

STR has only 5 more days shoot left for Hansika's Maha!