A producer who is on top of the game in Tollywood is Dil Raju, who bankrolls movies under his Sri Venkateswara Creations banner. He bankrolled two movies in 2019 - F2 - Fun and Frustration and Iddari Lokam Okate. He has already had two releases this year - Sarileru Neekevvaru and Jaanu. Even during this lockdown, Dil Raju has managed to grab the headlines altogether different reason. Reports doing the rounds in Tollywood suggest that Dil Raju has apparently got married again yesterday night on the 10th of May. Dil Raju had released a statement yesterday morning that he is going to restart his personal life which was indirectly referring to his second marriage. Dil Raju’s statement reads as follows: 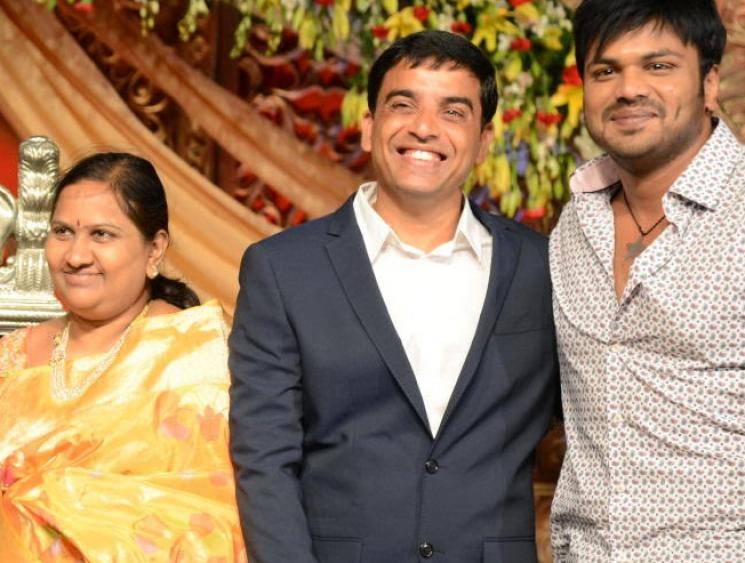 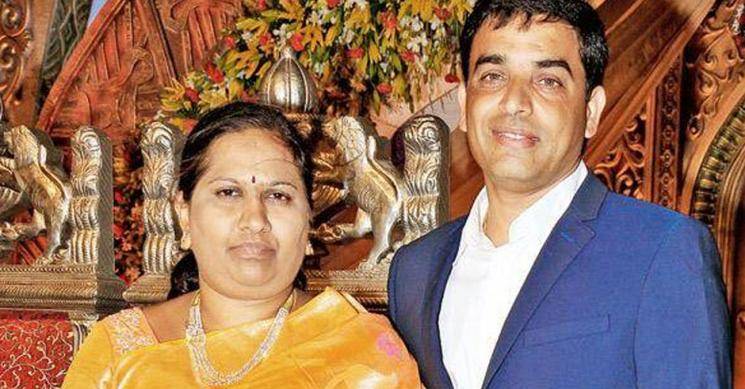 “With the world coming to a standstill, things haven't quite been great for most of us on the professional front. I haven't been going through a great time personally as well for a while now. But I am hopeful things will settle down very soon and all will be well. And in that fervour of hope, it's now time for me to turn over a new leaf and restart my personal life on a happy note.  - Dil Raju” 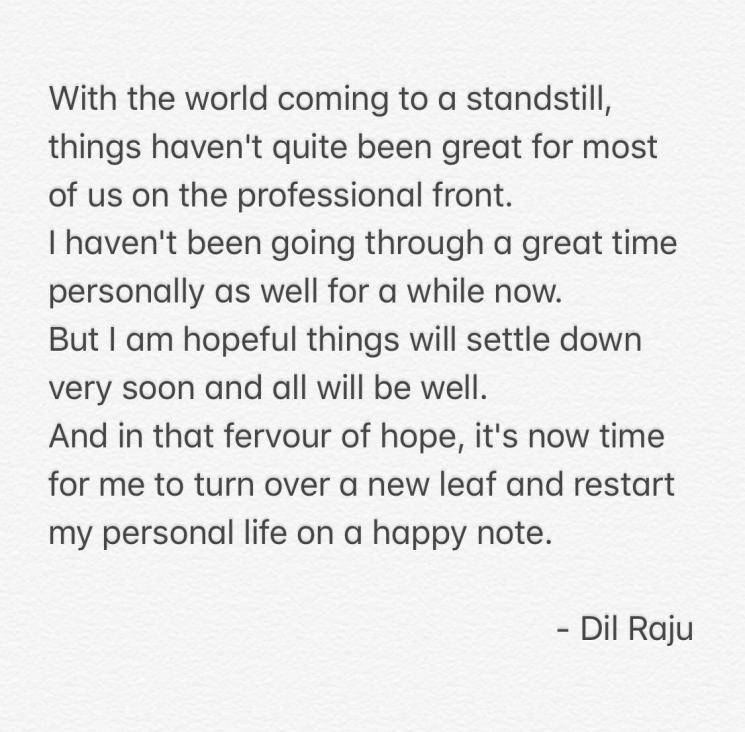 It must be noted that he had lost his wife Anitha on March 11, 2017. She had succumbed to a massive cardiac arrest and the couple have a daughter together - Hanshita Reddy. She also got married some time back and Dil Raju has been living alone, since. After repeated requests from his family and friends, Dil Raju finally agreed to get married again. Dil Raju is very popular for backing winning scripts and more importantly for giving chances for debutante directors. Many contemporary leading directors of Tollywood, made their debut movie with Dil Raju, under his banner. He has bankrolled 34 movies so far and currently has three others in production. Movies which are in various stages of filming under the Sri Venkateswara Creations banner are Nani's V, a movie with VV Vinayak and another one with director Venu Sri Ram. 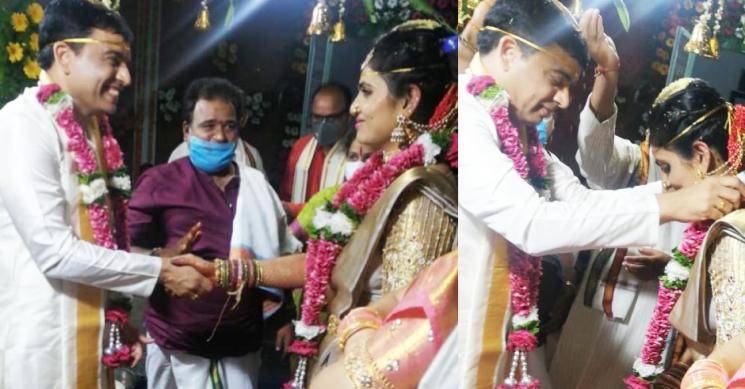