Dhanush’s Pattas, which released last week for the festive occasion of Pongal, has put up a steady performance at the box office. The film has managed to hold good occupancy at the theatres with the support of the family audience and the festive mood has given the boost to the film’s performance. Produced by Sathya Jyothi Films, Pattas featured Dhanush in dual roles, as a father and son. Directed by Durai Senthilkumar of Kodi and Ethir Neechal fame, Pattas featured Sneha and Mehreen Pirzada as the female leads.

The film talked about the ancient Tamil martial art form, Adimurai and that has been the USP of the film as well. Following the release of Pattas, the makers have decided to release the Telugu dubbed version now. The title and the first look poster have been released and it is now time for the Telugu audience to get a glimpse of the film.

Sathya Jyothi Films have officially announced the title of the film to be Local Boy. Vigneswara Entertainments will be releasing Local Boy in a grand manner throughout Andhra Pradesh and Telangana. The release date is yet to be announced. The songs, which became a blockbuster hit in Pattas, will be released soon. Get set for a fun ride! 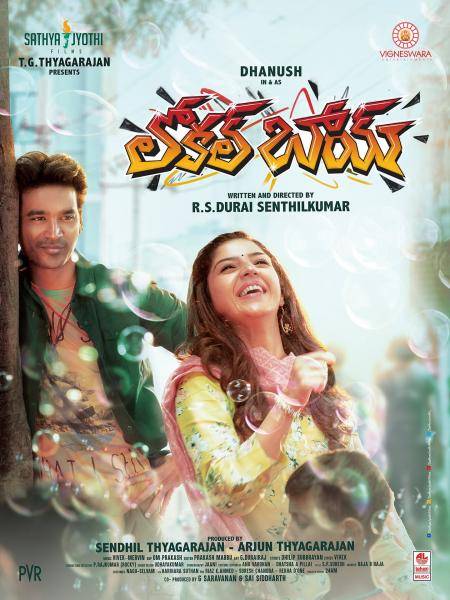