Dhanush made his Bollywood debut with the acclaimed romantic drama, Raanjhanaa directed by Aanand L Rai and his performance in the film was highly applauded. He later got the big ticket opportunity to share screen space with Bollywood legend, Amitabh Bachchan in Shamitabh under the direction of Balki and it was also well-received. After earning a name for himself as a performer in Bollywood, Dhanush has signed his third Hindi film and it has been officially announced. 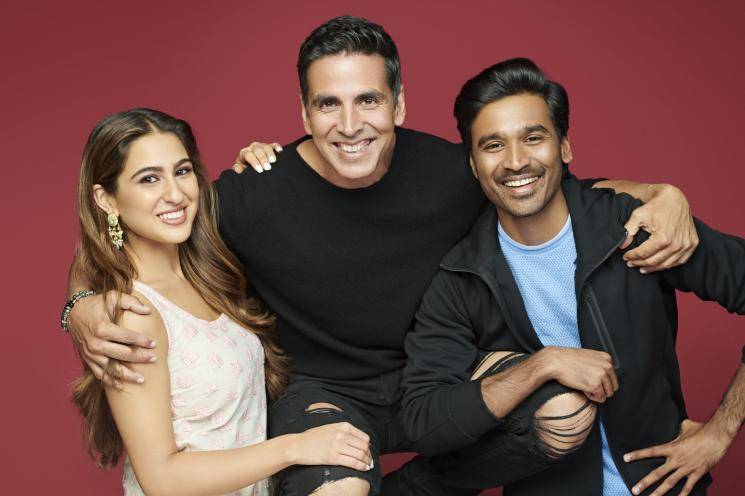 As already revealed by Dhanush in his recent interviews, he will be collaborating once again with Aanand L Rai for his third Bollywood film and more interestingly, he would be sharing screen space with Akshay Kumar for the first time. This was also speculated by a section of media, a few weeks back, and it has now been officially confirmed. Saif Ali Khan’s daughter, Sara Ali Khan will be playing the female lead in this film. The makers have released four new pictures featuring the three leads and it looks very interesting and colourful. 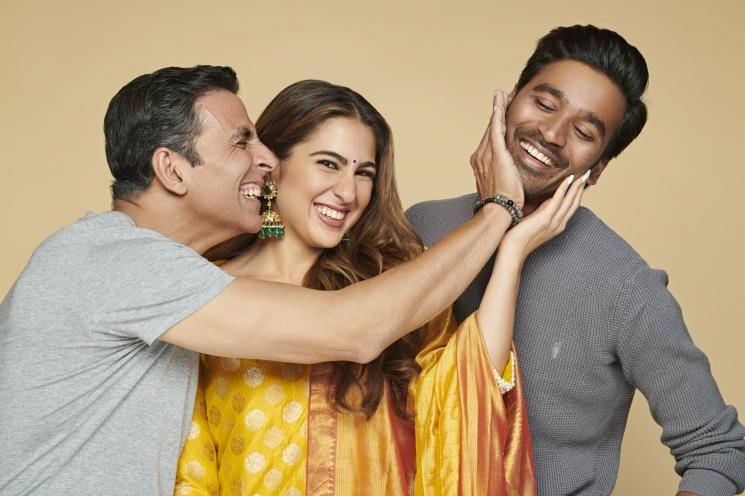 The trio look vibrant and energetic and it looks like the film will be a refreshing romantic drama. These first look pictures have taken the social media by storm and the fans are delightfully sharing them on their respective feeds. The film has been titled as Atrangi Re and it will have music by A.R.Rahman. The songs in Raanjhanaa were big hits and on that note, the successful trio of Aanand L Rai - A.R.Rahman - Dhanush are joining hands together and we can expect them to repeat the magic once again! 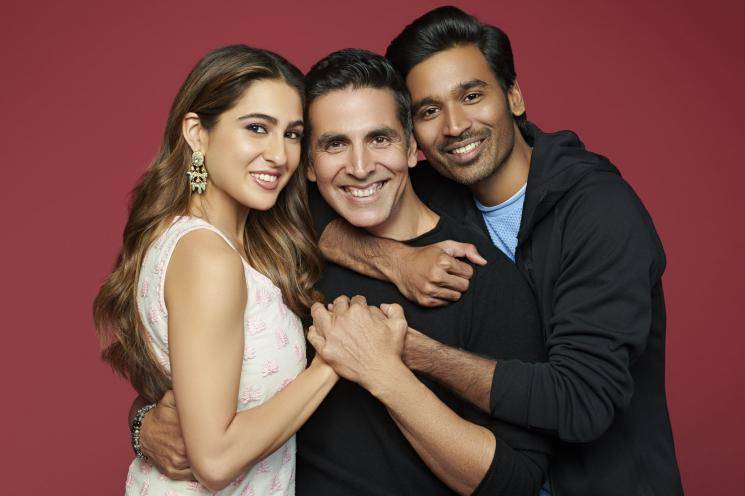 Produced by Bhushan Kumar’s T-Series in association with Aanand L Rai’s Colour Yellow Productions, Atrangi Re’s shooting will begin on March 1. It has also been officially announced that the film will hit the screens on February 14, 2021, for next year’s Valentines Day. Get set for an exciting ride.

I can’t believe my luck 💫🌼☀️🌞🤩 My next film 🎥 🎞 : ATRANGI RE 👏🏻 Blessed to be working with @aanandlrai sir 🙏🏻 🤗 In an @arrahman musical 🎶 And so thankful to have @akshaykumar sir join hands with the extremely talented and incredibly humble @dhanushkraja and myself 🤝🤜🤛 Presented by @itsbhushankumar's @TSeries, @cypplofficial & #capeofgoodfilms 💁🏻‍♀️ And written by Himanshu Sharma Sir 📝📚 CANNOT WAIT TO START🧿💙 And cannot wait to come ⏰ Again, on Valentine’s Day ❤️ 14th February 2021‼️