Official: After Dhanush's Asuran, next with Vishal!

National award winning critic, writer, producer, and BOFTA's founder Dhananjayan Govind is also involved in the distribution of films under his banner, Creative Entertainers & Distributors. Dhananjayan had last released the acclaimed Dhanush starrer Asuran in the Trichy - Tanjore area in wide number of screens. The success of Asuran is very much known as the film still has a strong hold in theatres in all centres despite the Diwali storm. The strong content and top notch performances paved the success way for Asuran. 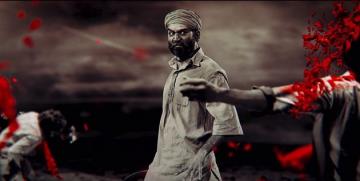 The  latest update is that Dhananjayan's Creative Entertainers and Distributors will release the upcoming Vishal starrer, Action, throughout the Chennai city along with Trident Arts. Yes, the Chennai distribution rights of Action has been bagged by Dhananjayan and he will take care of the film's release. Bankrolled by Trident Arts and directed by Sundar C, this film features Tamannaah and Aishwarya Lekshmi as the female leads. Action is scheduled to hit the screens next Friday, on November 15th, alongside Vijay Sethupathi's rural action drama, Sangathamizhan. Action has music composed by Hiphop Tamizha, cinematography by Dudley and editing by Srikanth NB.

After the Super Hit #Asuran , our next release #Action from Dir.#SundarC @VishalKOfficial @tamannaahspeaks & Team. Happy to join hands with @tridentartsoffl to Distribute the film in #Chennai city. Get set for an action entertainer from Nov.15th👍👍👍 pic.twitter.com/w8ZQqkbeBZ