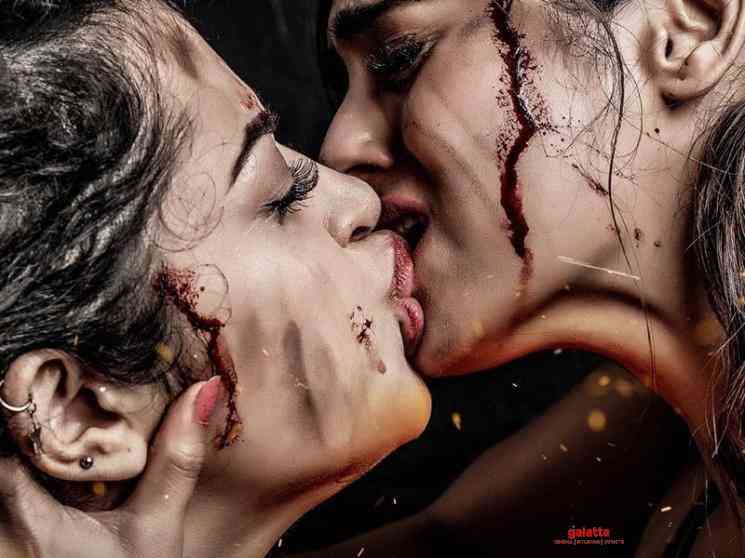 It looks like nothing and nobody can stop Ram Gopal Varma from releasing his controversial and crass lockdown movies on his own ATT platform. Today, he has released the first look of his upcoming adult film which talks about two Lesbian characters. He had made the announcement about it earlier today - “Releasing the first look of my most ambitious film till date at 1.30 pm today .it will be INDIA’S FIRST LESBIAN CRIME ACTION FILM. My Lesbian crime action film’s title is DANGEROUS and it’s tag line is ..”Their affair killed many, including Cops and Gangsters” first look poster releasing in one hour at 1.30 P M #DangerousRgv.” Now as promised, he has released the first look poster of the film which has been titled Dangerous. The film stars Apsara Rani who he introduced in Thriller along with Naina Ganguly. “Here is the first look poster of DANGEROUS..INDIA’S FIRST LESBIAN CRIME ACTION FILM starring @apsara_rani.” 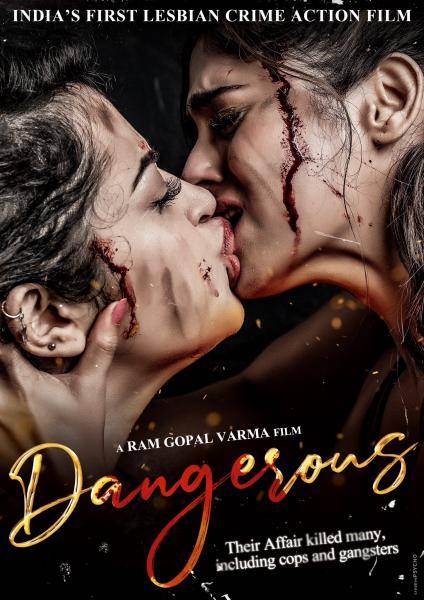 Ram Gopal Varma has been releasing one film a week on his ATT platform, after a spoof film on Telugu Superstar Pawan Kalyan, RGV made a film called Thriller which looks like an adult horror film. The film as expected looked crass and vulgar, most camera angles are used to glorify the body parts of the female lead. Ram Gopal Varma has found a way to beat the hurdles posed by the pandemic to filmmakers in releasing their films. He has been choosing contents that are either controversial or adult-oriented content that attract the youngsters. His recently released film, Climax, which was the first to release on Shreyas ET, the ATT (Any Time Theatre) platform that has been launched by the Shreyas Group, South India's No. 1 Movie Events and Promotions, set the cash registers ringing. The ATT platform, which was expecting only 50,000 views, saw a whopping 2,75,000 logins and 1,68,596 paid views within the first 12 hours of the movie's release. Applauded as the gamechanger in Indian Cinema, Shreyas ET's first release RGV's Climax received huge appreciation from cinema lovers. Having introduced the concept of Online Theatre in the world of cinema, with better server infrastructure and smooth user experience, the newer version Shreyas ET is all set with a line of blockbusters that are up for release - aiming for at least 50 releases by the end of March 2021.