The shooting of Thalapathy 64 is right now happening at Shimoga in Karnataka with Thalapathy Vijay and other actors. Thousands of fans are daily gathered outside the hotel where Vijay is staying and we have been seeing videos constantly on social media. Early this morning, actor Sanjeev Kumar took to his Twitter space to share a new picture from the shooting spot of Thalapathy 64, alongside an update that he has joined this Shimoga schedule. Other actors like Shanthnu Bhagyaraj, Srinath, Nagendra Prasad, and Prem Kumar were also seen in the photo. 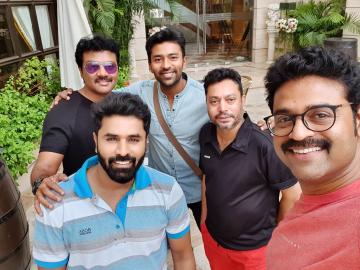 One more update has now come up on social media and this one looks quite interesting. It looks like the team of Thalapathy 64 are shooting a song sequence in Shimoga as dance choreographer Sathish Krishnan was spotted along with Shanthnu in a recent picture from the sets of the Vijay starrer. Shanthnu posted an Instagram story along with dancer Sathish and this was enough for the fans to confirm the dance master’s presence in the film. Details about the song is not yet known, but it looks like Sathish will choreograph this song. 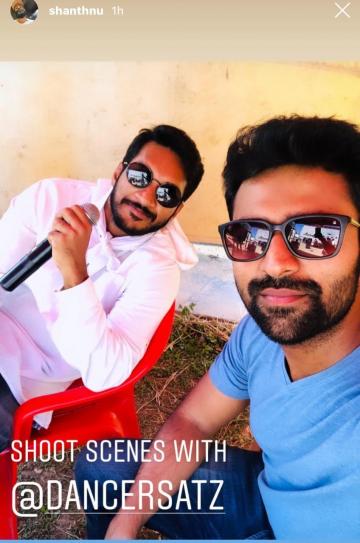 Sathish is known for his energetic and fast-paced steps and it is going to be a treat to witness Thalapathy dance in his choreography. It will be nothing short of a visual treat for the fans. Directed by Maanagaram and Kaithi fame Lokesh Kanagaraj, Thalapathy 64 has music by Anirudh Ravichander and features Makkal Selvan Vijay Sethupathi and Malavika Mohanan as the other leads.

Annual income of Top Tamil heroes | Know who is earning the most?