The Singapore government has announced that it will be extending its ongoing partial lockdown in the city-state until June 1 due to the rapid spread of the coronavirus. Prime Minister Lee Hsien Loong issued a statement saying the lockdown, which was initially set to run from April 7 until May 4, will now include the closure of workplaces, offices and educational institutions.

Singapore PM Lee Hsien Loong further added that a majority of the migrant workers are Indians and steps are being taken for them to be paid so they can send money back home irrespective of whether they are affected by the COVID-19 virus or not. He informed in his statement that Indians will be treated on par with the citizens of Singapore and that all efforts will be taken for their livelihoods to not suffer any setbacks. Deputy Prime Minister Heng Swee Keat said that stimulus measures for the month of May will be extended by the government during the partial lockdown period for businesses to cope with the ongoing crisis, which will include wage subsidies and rebates in foreign worker levies. 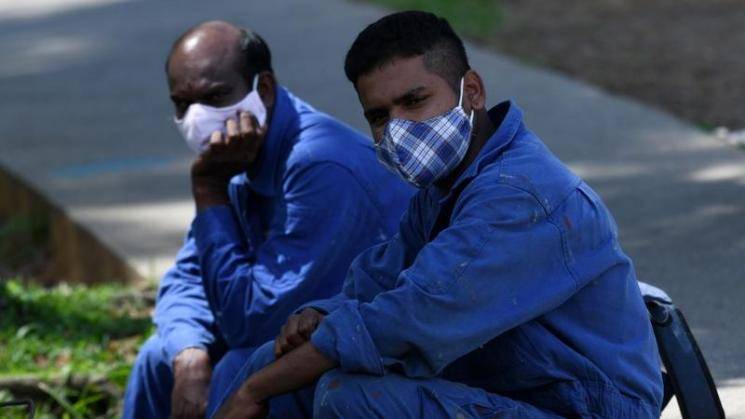 The Singapore government's announcement for the lockdown extension comes after the country's Health Ministry revealed that another 1,111 cases of the coronavirus disease were reported taking the total number of cases to 9,125 since its outbreak. It is the second consecutive day where Singapore reported over 1,000 cases in a single day with the country now having the highest number of confirmed COVID-19 cases in Southeast Asia.

Sai Pallavi pens an emotional note for her sister Pooja Kannan - check it out!

Tablighi Jamaat attendees from TN who recovered from COVID-19 volunteer to donate plasma!