Chiyaan Vikram who last seen in the action thriller, Kadaram Kondaan, has started to shoot for his next, tentatively called Chiyaan Vikram 58, which is directed by Ajay Gnanamuthu of Demonte Colony and Imaikkaa Nodigal fame. Bankrolled by Viacom 18 Motion Pictures in association with Seven Screen Studio, the film has music scored by A.R.Rahman and cinematography by Sivakumar Vijayan of Irudhi Suttru and NGK fame. The film will mark former Indian Cricketer Irfan Pathan's debut in Tamil cinema and he is expected to be seen as an antagonist. 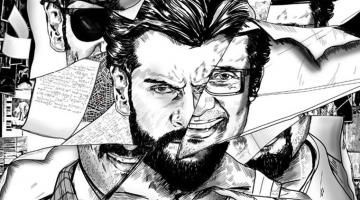 The latest update is that the first schedule of this film is wrapped and the makers are gearing up for the next schedule. This update was shared by Irfan Pathan himself who took to Twitter to say a few lines about his experience. The tweet said, "Greetings (Vanakkam) All.. Thanks to all Tamilians for helping my first step in acting.. First schedule completed successfully.. I'm waiting to see everyone again.. @AjayGnanamuthu @mejella2595". 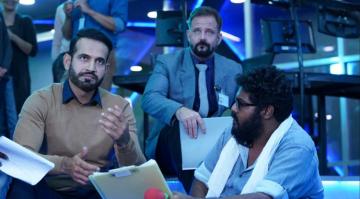 Along with the update, Irfan also shared a new working still and we get to see his look in the film. The stylish and suave makeover will surely impress the masses and his scenes with Chiyaan Vikram is sure to be an exciting factor to look out for in the film.

Superstar Rajinikanth spotted at a theatre! Which movie did he watch? Deets inside...