Popular choreographer Sandy master became a sensation across Tamil Nadu after his hugely successful stint on the smash hit Vijay Television reality show, Bigg Boss, in 2019. Appearing as one of the sixteen contestants, Sandy came in as the 1st runner-up on Bigg Boss Tamil season 3, which saw Malaysian singer-actor Mugen Rao being adjudged as the winner. Sandy master, as he is called by fans and those in the industry, had married Dorathy Sylvia in 2017, with the couple being blessed with a daughter in 2018, whom they named as Tasha, including a son born earlier this year. The duo, who are quite active on social media, maintain an excellent rapport with their followers, but came across one particular individual, who resorted to trolling their little daughter.

Both Sandy and Dorathy Sylvia often post family photos and videos on their social media handles, with one user this time replying to one of their posts by calling their daughter plump like her mother. Dorothy raised the question on her Instagram Story, "I seriously don’t understand. Why is it? Always a woman who puts down another person". Shortly after, the user backpedaled on her statement stating that the child should be slim so that she can dance like her father Sandy, with Dorathy responding sarcastically with a gif of a slow clap. She then retorted strongly stating that Tasha is still a child, while adding, "Now itself the society pressure has started. Let’s build a healthy community for our future generation. Not a one that always has time for criticizing others! Find the gold in mud". 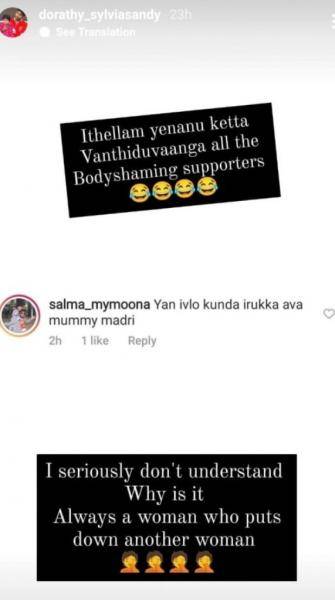 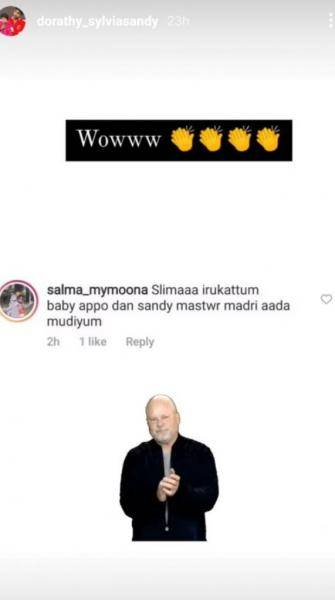 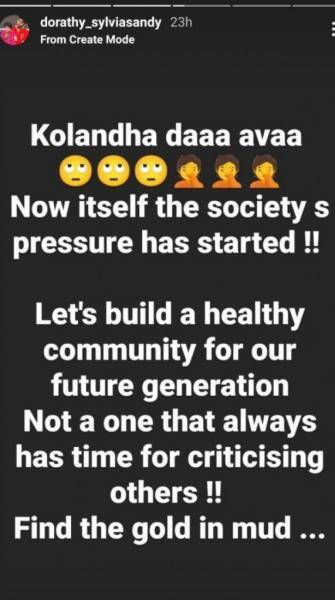 On the work front, Sandy had already garnered a huge following in Tamil cinema over the years after collaborating with top stars in various films. Post the grand success of Bigg Boss Tamil season 3, Sandy is also set to make his debut as a hero in the upcoming horror thriller, Moonu Muppathi Moonu, which also has Shruthi Selvam, and Reshma Pasupuleti, including director Gautham Menon in an extended cameo.