ENNA SOLLA POGIRAI EXCLUSIVE: All you need to know about the film! Check Out!

Cook with Comali sensation Ashwin Kumar will be making his debut as a lead actor in Tamil cinema with the upcoming romantic drama, Enna Solla Pogirai, directed by Hari Haran. The film features Teju Ashwini and Avantika Mishra as the female leads, alongside Pugazh. The fans have pinned high hopes on this project and it is expected to attract the youth audience in large numbers. Having said that, Galatta Media got in touch with actress Avantika Mishra for an exclusive chat to talk about her journey in cinema, and of course Enna Solla Pogirai. The young talent indeed had all the nicest things to tell about her co-star Ashwin and the film, Enna Solla Pogirai.

Q: Tell us about the beginning of your cinema journey. What made you decide that you want to become an actor?
A: It started as a stroke of luck. I was an engineering student in Bangalore, living life, modeling and preparing to be a fighter pilot post-graduation. But a chance to meet a National award winning director and the team made me sign my first film and that's how I did my first Telugu film. That was followed by 150 ads in various languages, and every single one of them led me to have a lot of respect for the process of filmmaking. Fell in love with movies right after and worked very hard to grab good opportunities that I have in my kitty today.

Q: Did you anticipate the success of Shades of Kaadhal and Rasathi Nenja? How was the reception to that song?
A: In 2019, I happened to get a call from Sony music for a song, I listened to the song and instantly knew it would be a hit. Post Rasaathi, I was flooded with offers for music videos, I happened to find another gem of a song called “Shades of Kadhal “ in my mail. I made my mum listen to it; without knowing the language, she said this would be a big hit, just say YES. So I did. And that song literally started my movie career in the Tamil film industry. It was a gamble that paid off. Sometimes all you have to do is follow what your heart says. 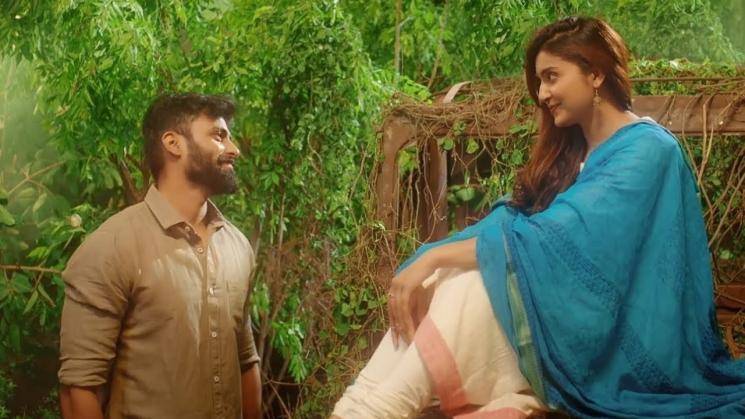 Q: From featuring in music videos to appearing in cameo roles in films to becoming a heroine now, how has this transition been?
A: As I said, I am a hustler and I don’t hesitate to experiment and I have worked my lungs out for a very little opportunity that has come my way. It’s been an organic transition. But there’s so much more to come.

Q: Enna Solla Pogirai is a rom-com with two heroines. What made you say Yes to the film?
A: When I heard the story and met the team, I instantly knew I wanted to be part of this film. It’s a love story with a fresh perspective and this one is going to resonate with so many different generations. Also, you’ll see the film through these 3 characters (Ashwin, myself and Teju). Every character has such depth and I’m here to do my part well.

Q: You've already acted with Ashwin in Shades of Kaadhal music video. Now, you are acting as his pair in his debut feature film. What is the difference that you observe in him now?
A: Haha, it’s come full circle. I see him more confident now. Very happy to see all his success but he remains very humble and professional even today. I’m really looking forward to seeing how people receive our pairing in a full-fledged film. 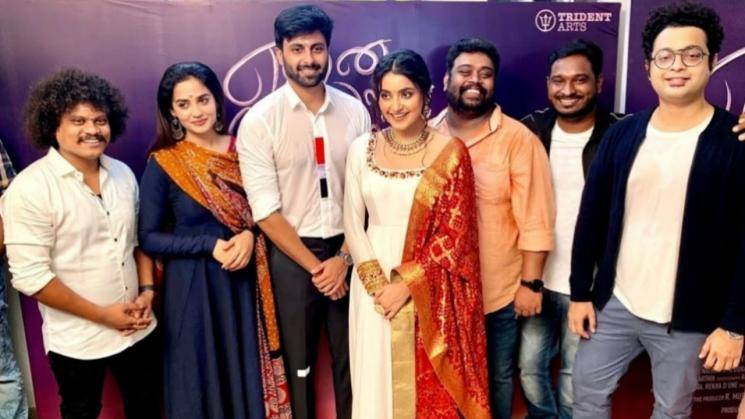 Q: Pugazh and Ashwin have had great chemistry since their Cook with Comali days. How have their portions worked out in Enna Solla Pogirai?
A: They are a powerhouse together. They really compliment each other and will set the screen on fire in ESP (Enna Solla Pogirai).

Q: Ashwin - Pugazh, Ashwin - Avantika, Ashwin - Teju. Which pair's chemistry has worked the best?
A: Let the audience decide that. The film has another big schedule left and I’ll see the magic unfold on ESP sets.

Q: Share with us one of your most funniest moments with Pugazh at the sets of Enna Solla Pogirai.
A: He leaves me in splits every time he’s around. The funniest is when he’s trying to teach me Tamil. I haven’t told him I have picked up the language, so he’s in for a surprise in the next schedule. Haha. 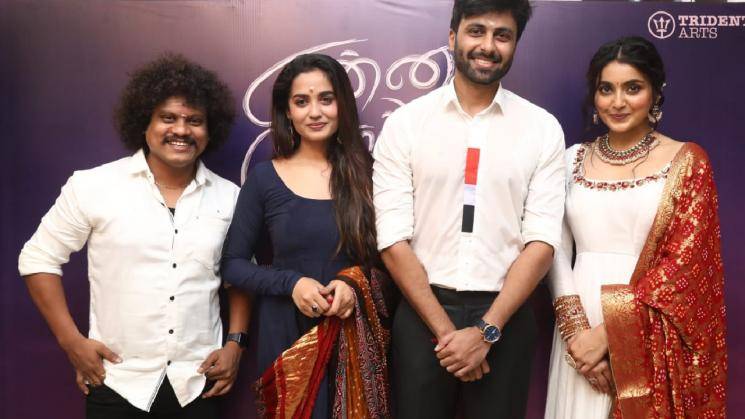 Q: How is Enna Solla Pogirai shaping up? Share an update for all the fans out there!
A: We just wrapped a big first schedule. This film will have a special place in all your hearts once it releases. This one has an incredible cast, super talented Director and technical team, and a powerful producer on board. Fingers crossed.

Q: How was your experience working with Arulnithi in D-Block? What kind of a film will that be?
A: D-Block will be an edge of the seat thriller. It’s going to blow your mind. And the most challenging character I have played so far. It’s a meaty role and I really got lucky as a debutant to have worked with this team. It’s up for release soon. Arulnithi is a gentleman, a thorough professional and very patient. I’m very grateful to have started my journey working with an actor of his potential in the beginning stages of my career.

Q: One more interesting film in your lineup is Nenjamellam Kaadhal. Tell us about that.
A: I’ll speak more about it when I’m allowed to.

Q: How excited are you about your Tamil debut?
A: I have waited for it, hoping that all the ups and downs will be worth it. I have some more films in Tamil in the pipeline. So I’m here to entertain the audience of TN with quality work and hopefully some memorable characters.

Q: Is there a dream role that you want to play?
A: I want to be Mani Ratnam sir’s heroine. He’s the one who made me fall in love with Tamil films. Let’s hope that happens soon.

Q: Heroes whom you would want to pair with, in the future.
A: Ah, that’s a long list. But I’m a huge Thalapathy fan. Who isn’t, right?. Also, Suriya sir, Sivakarthikeyan, Dulquer, Vijay Sethupathi sir are some of the people I’d love to pair up with among many others.

Q: Take us through your future projects apart from the already announced ones.
A: There will be more announcements made very soon. In Tamil and other languages.

Well, it looks like Avantika has an exciting journey ahead in Tamil cinema. Galatta Media wishes her the best!
ARAVIND SELVAM