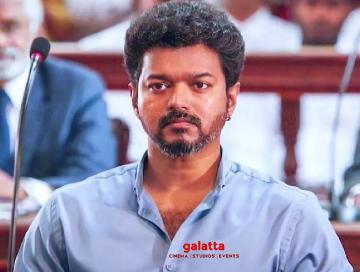 Thalapathy 64 is a project that excited the fans and film buffs solely because of the fresh combination in the form of actor Vijay and director Lokesh Kanagaraj. The decision of Vijay to collaborate with a next-gen promising filmmaker like Lokesh took the Kollywood audience by pleasant surprise. This film is expected to showcase Vijay in a completely new dimension that we haven't seen so far. Upping the expectation bar, the makers took the film to a next level with a fantastic star cast. Makkal Selvan Vijay Sethupathi, who is a part of this film, is said to play the role of an antagonist. It will be the first time the audience will see Vijay and Vijay Sethupathi together on the screen and the fans are eager to catch it in the theatres.

The release date of the film is now out and it is sure to make the fans happy. Our reliable sources close to the team of Thalapathy 64 inform that the film will be releasing on April 9, 2020. Yes, the date has been fixed and the team of Thalapathy 64 are now working towards the same. This above mentioned release date will prove very useful for the production house since it will be a long holiday weekend. April 9 falls on a Thursday and the first day will occupy the fans mostly.

The next day, April 10 is a Good Friday and it will be a Holiday, followed by Saturday and Sunday. Tamil New Year will fall on April 14th, thereby making it a 6 day opening weekend. It looks like the makers of Thalapathy 64 have decided to make use of this long weekend to the fullest and having said that, we can expect a grand opening for the film. 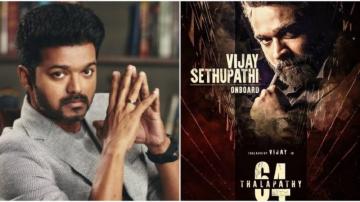 Produced by XB Film Creators, the film's second schedule begins today (November 1) at Delhi and this schedule will go on for the next one month. With music by Anirudh Ravichander and cinematography by Sathyan Sooryan, Thalapathy 64's star cast also includes Malavika Mohanan, Antony Varghese, and Shanthnu Bhagyaraj. Thalapathy fans, get set to witness this exciting film from April 9th, 2020. 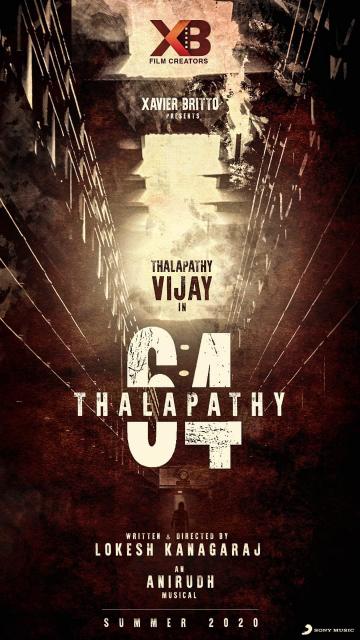