Sivakarthikeyan releases the first look of this Bigg Boss contestant's next movie! 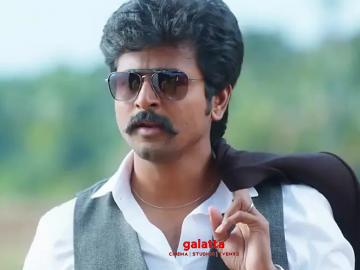 One of the busiest, multi-talented and most wanted stars of Tamil cinema is Sivakarthikeyan, who was last seen in the superhit movie Namma Veettu Pillai and is currently working on a number of other movies. Today evening, he launched the first look poster of Bigg Boss fame Harish Kalyan's upcoming movie Dhanusu Raasi Neyargale! This movie is the debut directorial venture of actor turned director Sanjay Bharathi! Bankrolled by Gokulam Gopalan for the Sree Gokulam Movies banner, this movie also stars Reba Monica John and Digangana Suryavanshi as the female leads.

Dhanusu Raasi Neyargale is a romantic comedy entertainer, which will see Harish Kalyan in a new avatar. He will be seen as a staunch astrology believer, who faces different situations in life because of this. Ghibran is scoring the music for this movie, in which Rockstar Anirudh has lent his voice for a song! PK Varma is handling the cinematography for this movie while Umesh J Kumar is taking care of the editing. There were reports that the scene introducing all three leads is set in a bar and the film goes forth to reveal the events of the drunken night that follows.

Harish Kalyan is said to be playing the role of an automobile mechanic with deep-rooted superstitious and astrological beliefs. Director Sanjay Bharathi is the son of veteran actor and director Santhana Bharathi and he hopes that his first film will reach the family audiences and turn out to be a hit. Let's wait and watch...