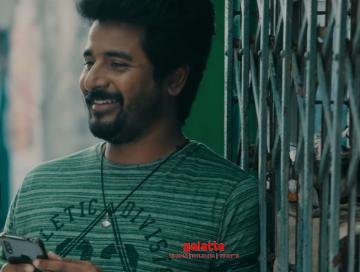 Sivakarthikeyan’s Hero which hit the screens recently opened to mixed to positive reviews from the fans and critics. The film was praised for its ambitious attempt to talk about a very important social issue and it also got a good reception from its target audience. Directed by P.S.Mithran of Irumbu Thirai fame, Hero features Kalyani Priyadarshan as the female lead and Abhay Deol as the antagonist, with Action King Arjun, Naachiyaar fame Ivana and Robo Shankar forming the supporting cast.

The makers have now released a new deleted scene which didn’t make it to the final theatrical version of the film. This scene looks good and is a follow-up to the already released first deleted scene. Apart from Sivakarthikeyan and Kalyani Priyadarshan, we also see an interesting cameo of Indru Netru Naalai director Ravikumar who is directing the untitled sci-fi thriller starring SK.

This new deleted scene has got a fair response from the audience on YouTube and this scene has the potential to grab the social media attention. Bankrolled by KJR Studios, Hero has music by Yuvan Shankar Raja, cinematography by George C Williams and editing by Ruben. If you haven’t seen the deleted scene yet, catch it here (below the images):