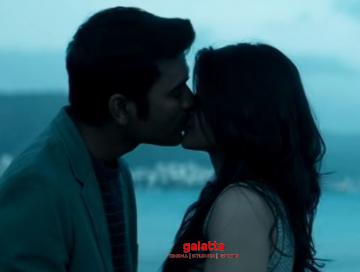 Fans of director Gautham Menon had their long wait come to an end when the much-anticipated film, Enai Noki Paayum Thota, finally came out in theatres worldwide on November 29 after numerous delays. Announced in early 2016, the romantic action thriller had fans everywhere talking after Dhanush was revealed to be sporting an uber cool stylish look, which eventually made him look even more younger.

A joint collaboration of Ondraga Entertainment and Escape Artists Motion Pictures banners, ENPT was released by Dr. Ishari K. Ganesh under his Vels Films International banner. With the film now out in theatres for nearly three weeks, the makers are still carrying forward with promotions and have now releasing the 'Hey Nijame' video song sung by Bombay Jayashri, which is featured on the lead pair, Dhanush and Megha Akash.

ENPT also includes Sasikumar, Senthil Veerasamy, Vela Ramamoorthy among others major in supporting roles with music composed by Darbuka Siva. The film had always been carrying tremendous expectations ever since it went on floors, which only went on got bigger as time passed leading up to its release. Enai Noki Paayum Thota was also Gautham Menon’s first film in three years since his Achcham Yenbadhu Madamaiyada came out in 2016 and had fans mighty excited for his latest venture.