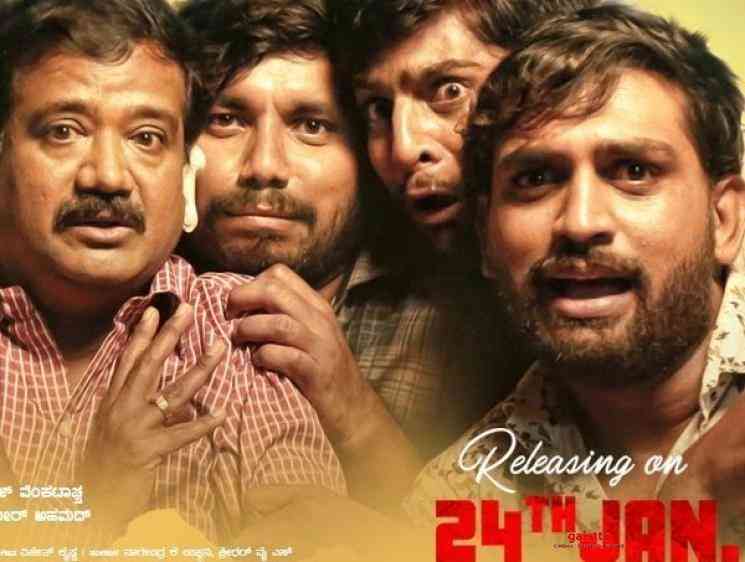 Navelru Half Boiled is an upcoming Kannada language film starring Sunil Kumar DK, Deepak, Manju Badri, Hampesh Arasur, Matangi Prasan, Vinya Shetty, Tabala Naani and Devada Kapikad in important roles. Navelru Half Boiled is written and directed by B Shivaraj Venkatachcha and the movie is produced by Ameer K Ahamed under the banner of Anugraha Cinemas. Navelru Halfboiled has music scored by Vijeth Krishna and the lyrics for the songs are penned by Chethan Kumar and Prabhu Chennabasava Swamiji. Cinematography is handled by Kushender Reddy and the editing is done by Nagendra K Ujjani and Sridhar YS. Background Score for the film is scored by Vijeth Krishna and the dialogues are Tabla Nani.

Navelru Half Boiled is an out & out entertainer with a hilarious journey of a noisy bunch of exuberant bachelors Ranga, Krishna, Sidda and Manja. The story revolves around a road journey of four aimless and dreamless bachelors who will enjoy the unexpected luxury after finding the treasure of gangsters. Navelru Half Boiled is set to hit the screens soon and the makers have now released the official trailer of the film.