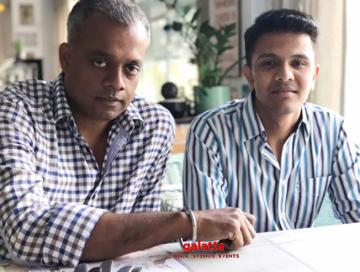 The young and promising director Karthick Naren burst onto the scenes with a blockbuster hit in his very first movie Dhuruvangal Pathinaaru, which had Rahman in the lead. Following this movie, it was announced that he would be directing Naragasooran for GVM's production banner - Ondraga Entertainment. However, after a number of issues and delays and an open spat on Twitter, GVM handed over the movie to Badri Kasturi's Shraddha Entertainment banner and moved out of the project. Karthick Naren blamed Gautham Menon for the delay in the film's release. He claimed that GVM had misused the funds borrowed for Ondraga. It is said that Gautham Menon had borrowed money from a financier to produce Naragasooran but eventually he had used the money for his other project Dhruva Natchathiram. This issues got worse when both GVM and Karthick Naren took to their Twitter space to blame one another.

Even recently during the release of ENPT, Karthick Naren questioned GVM via Twitter and asked him to give clarity on when Naragasooran would release. He sarcastically added that this movie is "very very close to his heart"! Now, the status of Naragasooran is not clear. Meanwhile, Karthick has moved on to his next movie - Mafia: Chapter 1, which has Arun Vijay and Priya Bhavani Shankar in the lead. This movie, is being bankrolled by Lyca Productions and has Prasanna in the antagonist's role. Jakes Bejoy is scoring the music while Gokul Benoy is handling the cinematography and Sreejith Sarang is taking care of the editing. With the backing of a production house like Lyca, there is no doubt that Mafia will release as per plan but when will Naragasooran release? Karthick Naren has now confirmed that Naragasooran will release in the month of March 2020. He took to his Instagram space to share this news with a fan. He said "Naragasooran will release in March 2020 for sure."