Mysskin's Psycho gets a new release date - check it out! 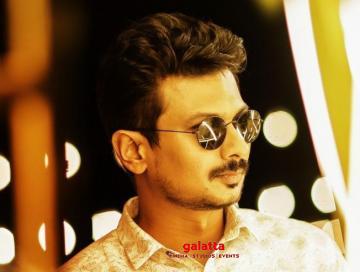 A film that has been carrying quite a lot of expectations ever since it went on floors earlier this year, Psycho, is acclaimed director Mysskin's next after his 2017 hit, Thupparivaalan, with Vishal. Billed to be a psychological thriller, the upcoming film has Udhayanidhi Stalin playing the lead role with Nithya Menen and Aditi Rao Hydari as the female leads followed by Ram, Singampuli, Shaji Chen among others in important roles.

Post-production works had wrapped up a while back and it was officially announced that the film would be coming out in theatres worldwide on December 27. However, the film's production house, Double Meaning Production, has now announced that Mysskin's Psycho will instead be hitting screens worldwide on January 24, 2020, which will no doubt be coming in as a major disappointment considering an intense teaser had come out a while back.

'Maestro' Ilaiyaraaja has composed the film's music with the 'Unna Nenachu' song released a while back turning out to be a hit. Psycho will now steer clear from biggies like 'Superstar' Rajinikanth's Darbar on January 9, 2020 and Dhanush's Pattas on January 16, 2020, but will face-off in a box office clash with Jeeva's political drama, Gypsy, directed by Joker director Raju Murugan.