"If given a chance...": popular director's viral statement about Vadivelu 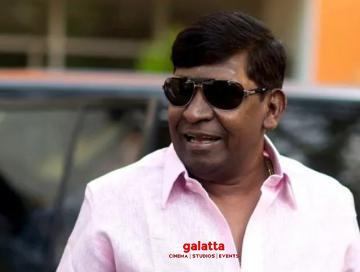 One of the adored Tamil film stars, actor Vadivelu has gone on to become the darling of the masses and has proven himself to be a talent powerhouse in comedy while also establishing as a versatile and credible performer. Known for his classic dialogues and punchlines, Vadivelu, who is lovingly called by fans as ‘Vaigai Puyal’, has been a favorite for meme creators across Tamil Nadu over the years. Vadivelu, who was last seen in ‘Thalapathy’ Vijay’s 2017 blockbuster, Mersal, was recently announced to be part of Kamal Haasan’s upcoming magnum opus, Thalaivan Irukkindran, at the grand ‘Ungal Naan’ event that was conducted a few days back. Having said that, director Rajesh M. Selva of Thoongavanam and the ‘Chiyaan’ Vikram starrer, Kadaram Kondan fame, took to his Facebook page to share pictures of himself with Vadivelu while also penning an emotional statement saying the veteran comedy superstar has never stopped entertaining fans all these years whenever an opportunity has come his way. He further stated he is a man full of emotions, experience and sheer talent and that he will always continue to love him. Check out the Facebook post below:

Expectations for Thalaivan Irukkindran skyrocketed after it was announced that Academy Award-winning composer A. R. Rahman would be scoring the music for the film. To be produced by Raaj Kamal Films International with Lyca Productions also reportedly on board, Vadivelu’s inclusion will no doubt be a major highlight for fans to look forward to.