Dhanush's D41 with Mari Selvaraj has been titled Karnan! 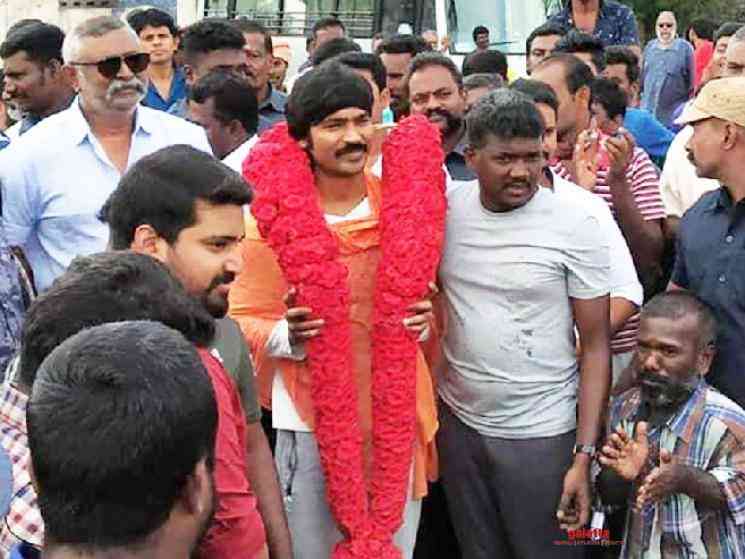 One of the biggest stars of not just Kollywood but on a pan-Indian scale is Dhanush, whose stocks are on a steady rise despite scaling mammoth pinnacles. His 2019 release Asuran went on to make a killing at the Box Office and vaulted him into the Rs. 100 Crores club. He has since completed the shooting for his next movie - D40, with director Karthik Subbaraj. This movie, which is being bankrolled by Y Not Studios, wrapped up shoot recently and Dhanush almost immediately began work on his next! This new movie, which is being directed by Mari Selvaraj of Pariyerum Perumal fame, is being financed by the veteran producer Kalaipuli S Thanu, under his V Creations banner! Now, we have an exciting update for you regarding this project!

Thanu has taken to his Twitter account to announce that this D41 has been titled Karnan. This title had been doing the rounds as speculation for quite some time and it has been officially announced now! Karnan, will see Mollywood beauty Rajisha Vijayan, who has worked in a number of hit movies like June, Oru Cinemakaaran and Anuraga Karikkin Vellam! The cast of this movie will include veteran star Lal, Azhagam Perumal and Yogi Babu. Theni Eshwar is handling the cinematography for Karnan, which will have editing by RK Selva. Santhosh Narayanan, who has composed the music for Mari Selvaraj's Pariyerum Perumal, will once again be scoring the music for this movie too! Ramalingam, who handled the Art department for Kabali, is the Art Director for Karnan.

Reports state that just like in Pariyerum Perumal, Yogi Babu will have more than just comic scenes and will be seen alongside the hero throughout the movie in a supporting role. The shoot is currently underway in and around Tirunelveli. Earlier, the legendary Sivaji Ganesan has acted in a movie titled Karnan based on the mythological character from the Mahabharatha with the same name! This movie was digitally remastered and released recently. Dhanush's Karnan is expected to release towards the end of this year!