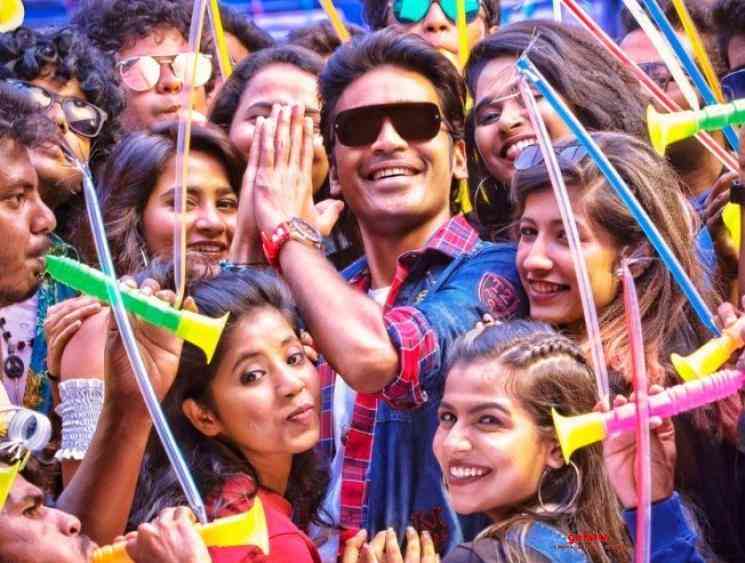 National Award-winning actor Dhanush's first big film of 2020 will be Pattas, under RS Durai Senthilkumar's direction. The star will be seen in dual roles for the second time in his career in the upcoming film after the smash 2016 hit, Kodi. Produced under the Sathya Jyothi Films banner, it was announced earlier that the action entertainer would be coming out in theatres on January 16 as a Pongal treat. That said, the reputed production banner have now in a new announcement revealed that the release plans have changed and Pattas will instead be hitting screens worldwide on January 15 with the Censor Board as well issuing a 'U' certificate for the film. Check out the announcement below:

Pattas is carrying massive expectations, especially after the film's songs composed by the Vivek-Mervin duo went on to receive a tremendous response from fans everywhere. Songs like 'Chill Bro', 'Morattu Tamizhan', 'Jigidi Killadi' and 'Mavane' have made the album a colossal success. Furthermore, the film's action-packed trailer giving us the first visuals of Dhanush in both his avatars as father and son have met with an astounding feedback from fans fans, who are now gearing up to witness the superstar deliver yet another blockbuster on the lines of last year's Asuran.

Pattas has Sneha and Mehreen Pirzada playing the female leads with popular Telugu actor, Naveen Chandra being cast as the antagonist followed by Nasser and Munishkanth in major supporting roles.