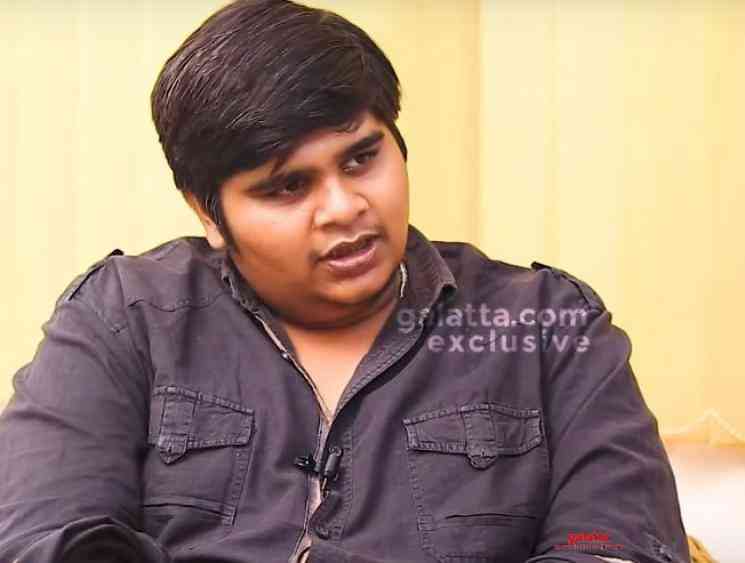 Director Karthik Subbaraj went on taste blockbuster success last year with his Petta, which he has termed on numerous occasions to be a dream come true as it had his favorite actor, 'Superstar' Rajinikanth in the lead role. Post the triumph of Petta, the Iraivi director has been busy shooting for his upcoming film, tentatively titled, D40, with Dhanush in the lead role.

Karthik Subbaraj's D40 with Dhanush is a gangster film set predominantly in the United Kingdom and also includes Malayalam actress Aishwarya Lekshmi playing the female lead followed by National Award-winning actor Joju George, Kalaiyarasan, Sanchana Natarajan, Super Deluxe fame Ashwanth Ashok Kumar among others in starring roles with music by Santhosh Narayanan under S. Sashikanth's Y Not Studios banner. With the film's title yet to be announced, Karthik Subbaraj had recently sat down with Galatta for an exclusive interview where he shared many unknown details about his previous films while also speaking about the shooting process of D40.

Speaking about D40, Karthik Subbaraj explained in detail as to how his ongoing film with Dhanush will not be as large in scale as Petta with 'Thalaivar' Rajinikanth. He states, "Making any film basically depends upon its budget. There will be budget constraints for each film that is getting made. If you compare D40 and Petta, the former won't be as large in scale in terms of the budget as the latter. I can't go around saying I want to make this new film like my previous one and can only make do with what I can get due to an allocated budget. For example, if I want to use a balloon light for one day's shoot, there will be quite a lot of pressure to extract the best output on time since it is quite expensive. We will have made plans to shoot a big scene using that balloon light and there will always be concern and impatience to get the scene shot in the time that has been fixed. Bigger budget will always lead to bigger pressure,".

Watch Karthik Subbaraj speak about his D40 with Dhanush and more in the interview below: