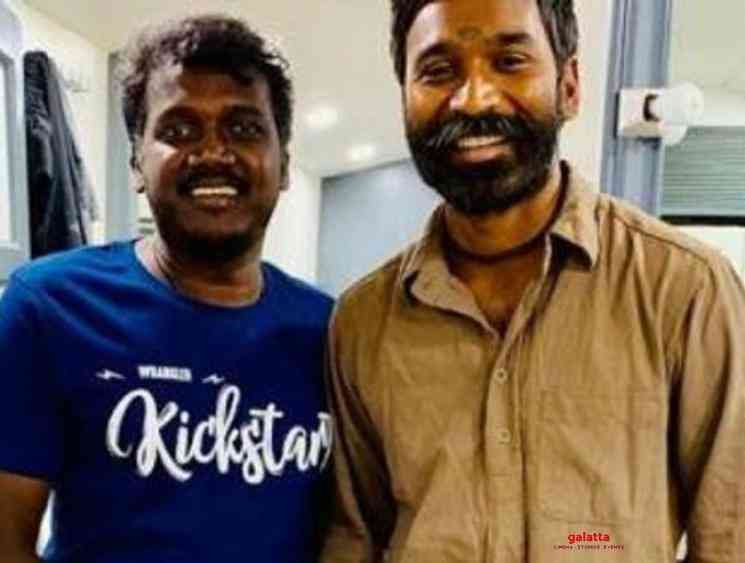 National Award-winning actor Dhanush's 2020 will kick off with the upcoming action entertainer, Pattas, coming out in theatres next week on January 16 as a Pongal treat for fans. The acclaimed star is at present working on his next film titled, Karnan, being directed by Pariyerum Perumal fame Mari Selvaraj under Kalaipuli S. Thanu's V Creations banner. Filming on Karnan kicked off last week and is currently being shot in and around various locations in Tirunelveli and, also includes in its cast reputed Malayalam actor turned director Lal, who has now taken to his social networking pages to officially unveil the first still from the film, which has Dhanush sporting a new look. We can see Dhanush sporting a stubble with the look resembling the one from his Aadukalam days in 2011 while Lal's character name is also revealed to be as Yemen in Karnan. Check out the still below:

Karnan starring Dhanush under Mari Selvaraj's direction includes music by Santhosh Narayanan while popular Malayalam actress Rajisha Vijayan is making her Tamil cinema debut with comedian Yogi Babu also on board. As of now, no release date plans have been set in stone, but there are strong speculations that Karnan will make its way to theatres by the end of this year. Apart from Pattas and Karnan, Dhanush also has in his kitty the much-awaited Karthik Subbaraj film, the tentatively titled, D40, which will have its title announced next month.