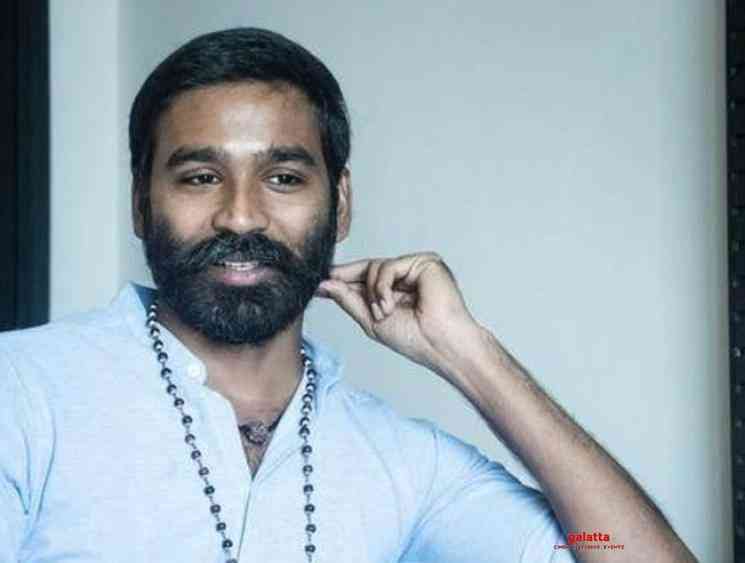 Actor Dhanush has carved a niche for himself in the Tamil film industry as one of the most credible artistes over the course of his nearly two-decade career. The National Award winner has been balancing his career by choosing scripts that not only provide an opportunity to prove his mettle as a performer while also being part of films that cater to the the masses and classes. Dhanush, who delivered a thunderous performance in director Vetrimaaran's Asuran, was also seen as a boy-next-door in the long-delayed, Enai Noki Paayum Thota, when it came out in theatres last month. With only hours now to go for the New Year to arrive, Dhanush took to his social networking pages to pen an emotional note thanking his fans for standing by his side since the beginning while also assuring to work harder in 2020 and the future ahead.

Dhanush's statement reads as follows: "I wish you all a very Happy New Year! May this new year and decade bring you peace, happiness and good health. This decade has been super special to me. I can't thank you all enough for the way you have supported me, encouraged me and most of all, been the most important part of my Journey. I enjoyed the challenges and hurdles thrown at me and faced them with a smile because of you all... My Pillars of Strength, MY FANS. The decade started with the National award, My directorial debut and ended with Asuran, with many films along the way that are dose to my heart and yours. I couldn't have asked for a better 10 years as an actor. God has been kind and so have you all. Thank you once again from the bottom of my heart. I Will always work hard and harder still to make you proud.

Check out Dhanush's statement below:

As for his upcoming projects, Dhanush's first film of 2020 will be the action entertainer, Pattas, hitting screens worldwide on January 16 followed by the tentatively titled, D40, under Karthik Subbaraj's direction, for which he recently wrapped up his portions. The superstar is all set to kick-start his film with Pariyerum Perumal director Mari Selvaraj, D41, under Kalaipuli S. Thanu's V Creations banner from the first week of January 2020. He also has in the pipeline a film with Ratsasan director Ramkumar under the Sathya Jyothi Films banner and the recently-announced, D44, to be produced by Sun Pictures.