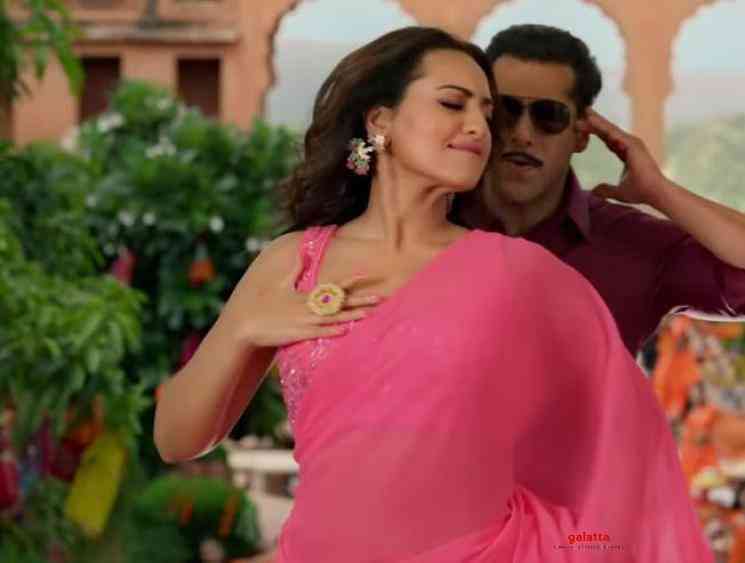 A film that set everyone talking for the entire 2019 right from the moment of its announcement, Bollywood superstar Salman Khan's Dabangg 3 was one of the biggest ventures to come out in theatres last year and released worldwide on December 20. Dabangg 3 saw Salman Khan paired up opposite Sonakshi Sinha for the third time in the franchise while hit director Mahesh Manjrekar's daughter, Saiee Manjrekar, made her acting debut with Kannada actor Sudeep being cast as the antagonist.

Directed by Prabhu Deva, the mass masala action entertainer is a joint collaboration between Salman Khan Films, Arbaaz Khan Productions and Saffron Broadcast & Media Limited banners and features music by the Sajid-Wajid duo. The box office response for Dabangg 3 had been largely positive in the beginning with tickets selling like hotcakes and the makers leaving no stone unturned in terms of promotions. Likewise, with the film now into its third week in theatres, the much-awaited 'Yu Karke' video song picturized on Salman Khan and Sonakshi Sinha has been officially released online.

An interesting aspect about the 'Yu Karke' song is that Salman Khan has himself sung the track along with singer Payal Dev to the lyrics penned by Danish Sabri. Salman Khan and Sonakshi Sinha have reprised their roles as Inspector Chulbul Pandey and Rajjo Pandey while debutant Saiee Manjrekar is appearing as Chulbul's former lover, Khushi. Dabangg 3 also marked the reunion of Salman Khan and Prabhu Deva after their 2009 mega hit, Wanted.

Watch the 'Yu Karke' video song from Dabangg 3 below: