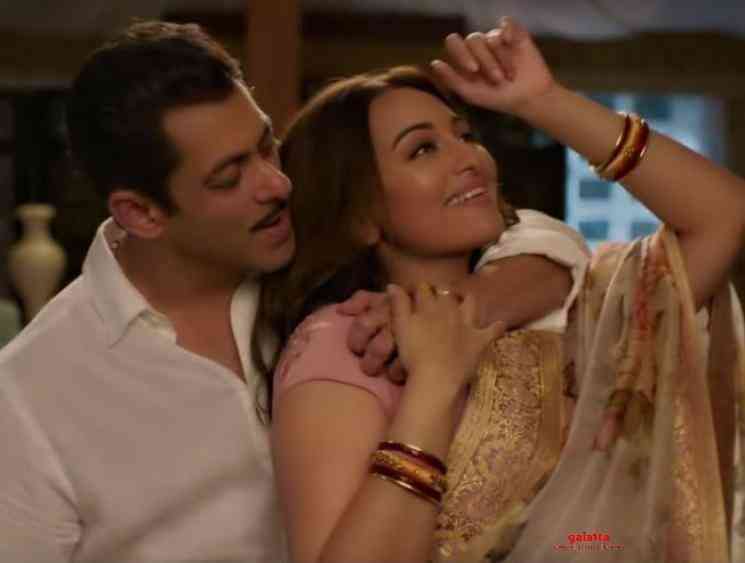 Bollywood superstar Salman Khan's Dabangg 3 directed by Prabhu Deva was one of the most anticipated films of 2019 and hit screens worldwide on December 20. A joint collaboration between Salman Khan Films, Arbaaz Khan Productions and Saffron Broadcast & Media Limited banners, the mass masala action film is the third installment in the blockbuster Dabangg franchise. Actress Sonakshi Sinha, who had been part of the previous two films made a comeback, alongside Salman Khan, with fans giving their double thumbs up yet again to their on-screen chemistry, Hit director Mahesh Manjrekar's daughter, Saiee Manjrekar, had made her acting debut with popular Kannada actor Sudeep playing the role of the antagonist.

The response at the box office for Dabangg 3 has so far been strong with the makers as part of the promotions now releasing the much-awaited 'Habibi ke Nain' video song featured on Salman Khan and Sonakshi Sinha, who are paired in the film as husband and wife. Composed by the Sajid-Wajid duo, 'Habibi Ke Nain' has been sung by Shreya Ghoshal and Jubin Nautiyal to the lyrics penned by Irfan Kamal. Dabangg 3 sees Salman Khan and Sonakshi Sinha reprising their roles as Inspector Chulbul Pandey and Rajjo Pandey while debutant Saiee Manjrekar is appearing as Chulbul's former lover, Khushi.

Considering the the previous two installments went on to collect over 500 crores in worldwide box office collections, expectations for the Dabangg 3 in the smash hit franchise have been paramount right from the beginning. Among the major highlights in Dabangg 3, the film also incidentally sees the reunion of the Salman Khan-Prabhu Deva combo after their 2009 mega hit, Wanted.

Watch the 'Habibi Ke Nain' video song from Dabangg 3 below: