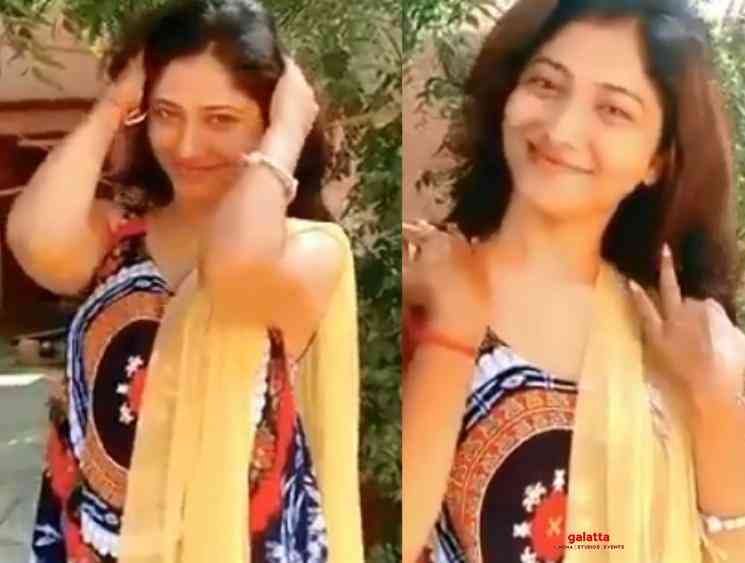 Maria Juliana, popularly known as Julie, became a controversial sensation on social media after her Bigg Boss stint. Post her participation in the popular game show, she signed up a few films as well, but none of those have seen the light of day yet. She was last seen in a brief role in Vemal’s Mannar Vagaiyara, directed by Boopathy Pandian. Julie was recently signed to play one of the female leads in Dha Dha 87 fame director Vijay Sri’s PUBG (Polladha Ulagil Bayangara Game), an upcoming Tamil film starring Chiyaan Vikram’s nephew Arjuman.

Whenever Julie comes up with a post on social media, it has always got the attention of the netizens and her latest post is no exception. Julie has posted a new video on social media in which she tries to imitate the much loved South Indian sensation, Sai Pallavi. The video has been shot in a light hearted manner and through this video, she has recreated her version of the blockbuster ‘Malare’ song from Premam.

This video has got a mixed reception from the fans, but the viral reach of the video is assured. Julie’s fans and Sai Pallavi’s fans will definitely not want to miss seeing this video. Catch it here (below the images):