Vanitha's viral reaction to Kavin's imitation - check it out! 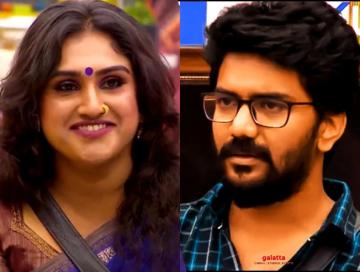 A show that has become a talking point among the common folk since its inception three years back, Bigg Boss has gone on to garner a massive fan following of its own. With the third season recently coming to a grand finish and Malaysian heartthrob, Mugen Rao, being declared as the winner and popular choreographer Sandy adjudged as the runner up, the excitement surrounding Bigg Boss 3 hasn’t gone down one bit as yet. That said, yesterday saw a new one-off program titled ‘We are the boys’ telecast on Vijay TV with Mugen, Sandy, Tharshan and Kavin participating and the channel releasing promos as part of its promotions. As with anything related to Bigg Boss, the promos went on to fetch a strong response from fans everywhere. Likewise, Vanitha Vijayakumar had reacted on Twitter to Kavin’s imitation on ths program informing him that she would respond to him in person during the Bigg Boss 3 celebrations set to take place soon. Check out her tweet below: 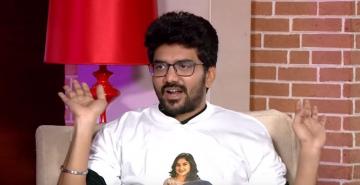 Bigg Boss 3 has seen the fortunes as well as the fame of all the contestants change overnight with Kavin, Vanitha Vijayakumar and the rest of the housemates going on to become household names. Fans of the smash hit Tamil reality show are all now waiting for the upcoming Bigg Boss 3 celebrations for which we can expect an announcement on its date to be formally announced in the days ahead.