Who Is Going To Win The Grand Bigg Boss Tamil 3 Title? - New Promo Is Out! 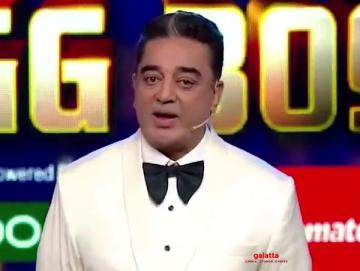 The third season of one of the most entertaining reality shows on television Bigg Boss commenced on June 23rd and the show has had 17 contestants (15 first-day entrants and 3 wildcard entrants. Ulaga Nayagan Kamal Haasan hosted the show for the third consecutive time. Cheran, Fathima, Meera, Madhumitha, Abhirami, Kavin, Reshma, Tharshan, Saravanan, Mugen, Kasthuri, Losliya, Vanitha, Mohan, Shakshi, Sandy and Sherin are the 17 contestants participate in the reality show.

After an eventful 104 days, the reality show has entered the most important final day with four strong contestants as finalists. Sandy, Sherin, Mugen and Losliya are the four finalists and the winner of the show is expected to grab the grand title today (October 6th) at the finale. The first promo of the grand finale has come out. The promo shows Kamal Haasan kicking off the final episode of the season in his own style. Check out the promo below,