Director for Atharvaa's next with Simbu film producer revealed 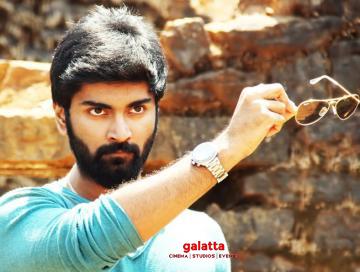 Actor Atharvaa has been signing films with precision of late and was seen in three ventures this year namely Boomerang and 100 in Tamil and the Jigarthanda remake, Gaddalakonda Ganesh, which marked his acting debut in Telugu. He has a number of projects in various stages of development next among which include Othaikku Othai, Kuruthi Aattam, Rukkumani Vandi Varudhu, the Tamil remake of Ninnu Kori and a film reportedly alongside Arya under Bala’s direction.

We had revealed earlier this week that Atharvaa would be doing a film next under politician turned producer S. Michael Rayappan’s Global Infotainment banner after they had previously collaborated on Eeti, which turned out to be a success despite the South Indian floods in 2015. Now, it has been revealed that this upcoming Atharvaa and Michael Rayappan venture will be directed by debutant Raveendran with cinematographer Sakthi Saravanan ‏coming on board as well. As of now, a formal pooja has been conducted with production set to roll out soon and more announcements regarding the cast and crew are expected to follow in the days ahead.

Although not much is known about the film at present, Atharvaa will want to come up with a bigger success this time in comparison to Eeti for producer Michael Rayappan, whose Anbanavan Asaradhavan Adangadhavan with Simbu failed to make a big impact at the box office.