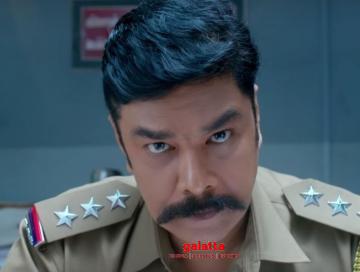 Director Sundar. C has established himself in Tamil cinema as one of the most successful commercial filmmakers having delivered several blockbusters while also working alongside notable top stars among whom include ‘Superstar’ Rajinikanth and Kamal Haasan in Arunachalam and Anbe Sivam respectively. Apart from churning out hits as a director, Sundar. C hit the bullseye in his acting debut, Thalai Nagaram, in 2006, which became a box office success and many lauding his partnership with comedian Vadivelu. That said, his first acting gig after a gap of three years, Iruttu, hit screens yesterday (December 6) and is a horror venture directed by Mugavaree and Thotti Jaya fame VZ Durai. A new intense and thrilling short promo for Iruttu has now been released and features Sundar. C in the lead role alongside actresses Sai Dhanshika, Sakshi Chaudhary and Vimala Raman as the female leads.

Being produced by Screen Scene Media Entertainment Pvt. Ltd, Iruttu has music composed by Girishh with the film also including VTV Ganesh, Yogi Babu among others in major supporting roles. The film’s cinematography has been carried out by E. Krishnasamy while R. Sudharsan has served on the editing front. Last seen on the big screen in the 2016 film, Muthina Kathirikai, Sundar. C will be looking forward to Iruttu making it big at the box office.

Watch the Iruttu promo below: