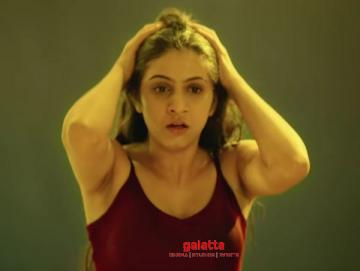 X-Ray, the upcoming psychological thriller film is directed by Rajiv S Ruia and the movie is produced by Pradeep K Sharma under the banner Baba Motion Pictures Pvt Ltd and co-produced by Anita Sharma. X-Ray features Yaashi Kapoor and Rahul Sharma in lead roles.  Music for the film is scored by Raaj Aashoo, lyrics penned by Shabbir Ahmed & Alka Khan, cinematography by Javed Ahtasham and editing by Komal Verma. Apart from Hindi, the makers have planned to release the film other languages like Tamil and Telugu as well. X-Ray will be hitting the theatres November 29th.

The teaser of the film was released a few days back and the intriguing video got its much-needed attention from the fans. And now, the official trailer of the movie has been released by the team. The trailer of X-Ray emphasizes the psychology of lead characters and their unstable emotional state. The video makes one hold his breath until the very end. Check out the trailer of X-Ray below,