Writer, actor, producer and singer Vineeth Sreenivasan's fifth directorial venture Hridayam was progressing rapidly before the COVID-19 Corona Virus Pandemic struck and forced all shooting to be suspended! This movie, bankrolled by Visakh Subramaniam and Noble Babu Thomas, stars Pranav Mohanlal & Kalyani Priyadarshan in the lead. Vineeth and his wife Divya had been in a relationship for eight years before getting married in 2012. The couple now has two lovely kids Shanaya & Vihaan! March 31st (Tuesday) marked their 8th wedding anniversary and 16th year of togetherness and Vineeth had taken to his Instagram page to upload a pic of him & his wife and had also penned a sweet message for her.

In the message, Vineeth had written that the photo had been taken at the college campus in a spot where they used to hangout together, regularly! On seeing this, many of Vineeth's followers had asked in the comments if Hridayam was based on his own love story. Responding to this, Vineeth had posted, “Can’t say it’s our story… but it’s definitely a memoir of those times. (sic)” Vineeth was last seen as an actor in Dulquer Salmaan's super hit movie Varane Avashyamund, which released in February! Hridayam was originally slated to be an Onam release but with shooting being stalled now, there is no clarity on the release date! 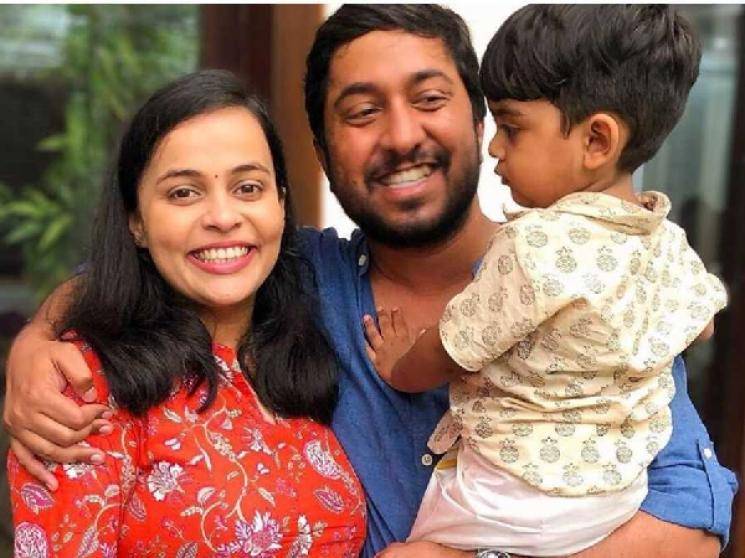 It’s March 31st again.. Now that’s 16 years with Divya.. This picture was clicked while we were shooting Hridayam, last month, in the same campus where we did our graduation.. And this is one of the spots in our college where we used to hang out from 2004 to 2006.. Time flew.. She is the mother of my two beautiful kids now.. Happy Anniversary my Wonder Woman!! :) :)