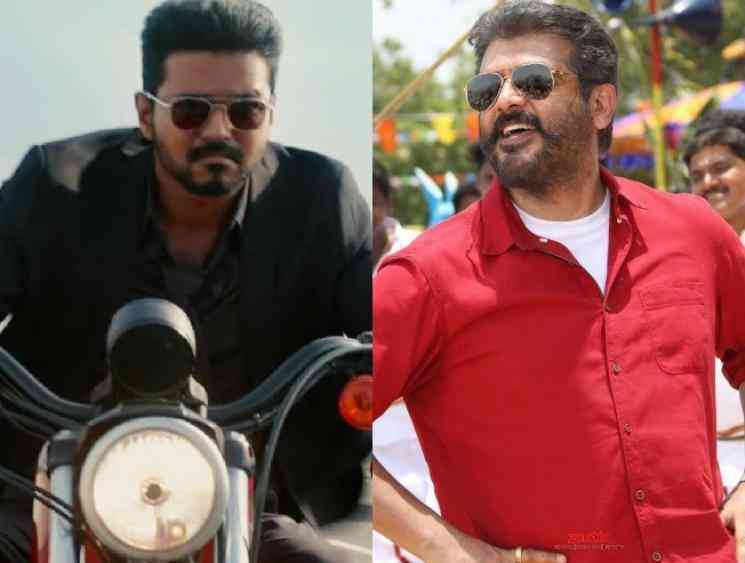 Sun TV made Pongal 2020 a memorable festive time for its audience with the telecast of five top stars films for the five days of Pongal festival. The list included Thalapathy Vijay’s Bigil (Jan 15), Sivakarthikeyan’s Namma Veettu Pillai (Jan 16), Vijay Sethupathi’s Sangathamizhan (Jan 17), Ajith's Viswasam (Jan 18) and Rajinikanth’s Petta (Jan 19). Following the telecast of these films, the TRP ranking and impression statistics have been officially released by Broadcast Audience Research Council (BARC), an organization that calculates TRP rankings of each program and show in a television channel. On that note, the first world television premiere of Thalapathy Vijay’s Bigil happened on January 15 evening at 6.30 PM and it has recorded 16,473,000 impressions.

Looking on an overall perspective, Bigil is ranked 6th place in the Top World Premiere TV Impressions list. The list is topped by Thala Ajith’s Viswasam which has recorded a mammoth number of 18,143,000. Viswasam had a dream run at the box office with the support of the family audience and the same reflected on its television premiere as well. Viswasam’s first world television premiere happened on May 1, 2019 on the special occasion of Ajith’s birthday.

For the particular week dated between January 11 and January 17, Bigil has topped the list, followed by Sivakarthikeyan’s Namma Veettu Pillai in the second place with 14,774,000 impressions. Vishal’s Sandakozhi 2 and Vijay Sethupathi’s Sangathamizhan were ranked 3rd and 4th respectively. Do note that this statistical report is only for the week dated between Jan 11 and Jan 17. We will now look into the top 6 all time highest TRP ranked television premieres below. Check out: