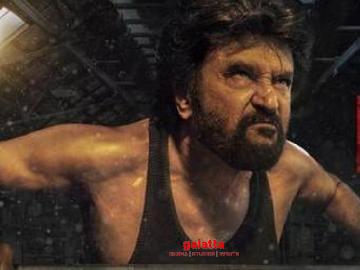 The name Rajinikanth is an emotion for crores of his fans and the title Superstar is something that he has earned in his long and illustrious 43-year career. The legendary star is renowned across the world and his movies make and break records on a regular basis. However, now with the advent of technology, Superstar's upcoming movie Darbar is creating records long before its release itself! The lyric video of Thalaivar's introduction song 'Chumma Kizhi' from Darbar, which has lyrics penned by Vivek and has been sung by the veteran SP Balasubrahmaniam, was released yesterday. Within less than 24 hours from release, it has created a massive record!

Rockstar Anirudh, who is scoring the music for Darbar has just now posted on his Twitter handle that the 'Chumma Kizhi' song has crossed over 8 million views on youtube and has become the highest viewed Tamil song in 24 hours! This is quite a massive record indeed! The mass lyrics penned by Vivek have come in for a lot of acclaim too. Darbar, bankrolled by Lyca Productions and starring Nayanthara as the female lead, is all set to hit the screens for Pongal, on January 9th, 2020! As quoted by Anirudh, this is indeed going to be a "Darbar Pongal" for all Rajini fans!

AR Murugadoss, who is directing Darbar, is working with the Superstar for the first time. The cast of Darbar includes Bollywood stars Suniel Shetty, Dalip Tahil and Prateik Babbar, alongside our Kollywood stars Nivetha Thomas, Yogi Babu and Thambi Ramaiah, among others. Sreekar Prasad is taking care of the editing while Santosh Sivan is handling the camera. This stellar team is fast shoring up the post production work, to get the movie ready for release in time!